6 Great Shows That Had The Revolution Pass Them By

Television right now is in a vastly different space than it was when the 1990’s ended. Thanks to shows like Oz and The Sopranos on HBO to House of Cards and Orange Is The New Black on Netflix, T.V. has gone through a drastic revolution. The Golden Age of Television and the spark and cause of this revolution is detailed in the incredible book The Revolution Was Televised by Hitfix.com’s TV critic Alan Sepinwall. I recently wrote about the shows responsible for television’s second revolution in this current Silver Age of Television. However, during the past 16-20 years or so, television has given us some incredible shows that haven’t risen to the level of transcendent. Mr. Sepinwall discusses shows like Lost, The Shield, and Deadwood and I discussed shows like Game of Thrones and True Detective. Shows that are both incredible on their own and helped define a generation of programs. But in a tier underneath those programs are a handful of shows that are excellent in their own right, but didn’t quite rise to the level of revolutionary. These are the shows that we would be speaking more about if it weren’t for the Golden and Silver Age shows. These shows deserve a lot more respect than they’ve gotten so far, and I’m going to give them their just due. 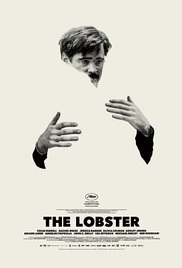 “What’s worse: to die of cold and hunger in the woods, to become an animal that will be killed and eaten by some bigger animal, or to have a nosebleed from time to time?”

This is a question posed by The Limping Man, played by Ben Winshaw, to the main protagonist David, played by Colin Ferrell in the Indie film The Lobster. The film itself, written and directed by Greek film maker Yorgos Lanthimos (Dogtooth), is an odd, satirical take on relationships, and is summed up perfectly by the question posed by The Limping Man. It’s weird, it doesn’t quite make sense, yet it’s truthful to how we should view courtship and love.

In the film, all adults must be in a committed relationship, and if you’re not, you are sent to a hotel where you have 45 days to find a mate. If you fail to do so, you get turned into an animal of your choice. Some people refuse this model, and live as loners in the woods, only to be hunted by the people in the hotel in an attempt to earn extra days staying at the hotel. Desperate to find a mate, The Limping Man gives himself nosebleeds in order to connect to a young woman who naturally gets nosebleeds often. Based upon this physical attribute, the two are set up as a match to be paired together forever. When questioned about his lie by David, The Limping Man gives the aforementioned response.