I want to take this post to spend some time appreciating a handful of movie performances that are sure to go overlooked come award season. I'm not talking just about the Academy Awards, I'm taking about all award shows: the Independent Spirit Awards, Golden Globes, Critics Choice Awards and everything in between. There's no shortage of places where an actor can be praised come award season, yet even still, many are overlooked for their great performance. That's where I come in. These are the performances that I loved that, like Rodney Dangerfield famously states, can't get no respect. 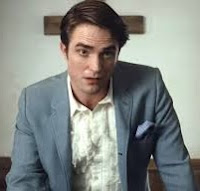 Robert Pattinson
Best Supporting Actor
The Devil All The Time

Why The Performance is Great: While Antonio Campos' campy Southern Gothic epic The Devil All The Time may not be very good (though it continues to live in my head rent free), Robert Pattinson's performance will haunt my dreams. He plays Preston Teagardin, a morally corrupt reverend who uses The Lord to justify his wicked ways. There's a slickness like a used car salesman to his performance that allows him to steal the show and monologue in a way where you want to punch his character in the face while hanging on his every word. In a film loaded with some of Hollywood's best young stars, it's Pattinson's performance that stands out. His attempt at a Southern accent doesn't hurt either. While the rest of his non-American co-stars are trying to use a traditional movie Southern dialect, Pattinson created a voice all his own. While Campos himself might not have approved, the words that ooze out of Teagardin's mouth like an oil sludge only helps to elevate Pattinson as one of the best young actors currently working today.
The Devil All The Time is currently available to stream on Netflix 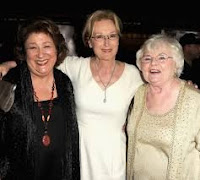 Margo Martindale and June Squibb
Best Supporting Actress
Blow The Man Down
Why The Performances are Great: Blow The Man is a modern day neo-noir set in a remote New England coastal fishing town, directed by Bridget Savage Cole and Danielle Krudy. Cole and Krudy do an amazing job establishing the vibe and seedy underbelly tone of the town. You can smell the fishiness from your living room, both from the sea animals as well as the actions of the townsfolk. The film centers around two young sisters in the wake of their mother's death as one of them kills her would-be sexual abuser in self-defense. The death of the both the mother as well as the attacker sets off a chain reaction pitting the sisters against the town's Madame (Enid Devlin played by Martindale) against a cadre of Karen's led by Susie Gallagher (played by Squibb). If you've seen Margo Martindale's Emmy wining wicked turn as Mags Bennett in Season 2 of Justified, then you know just how well she can play evil, and if you've seen June Squibb in anything, you know that there's a reason she an Academy nominated actress. Martindale and Squibb play characters on the opposite side of the coin. Martindale's Enid is ruthless, but sweet when she needs to be while Squibb's Susie is sweet, but ruthless when she needs to be. The great character actresses play so well off of each other that it enhances the great foundation that Cole and Krudy built.
Blow The Man Down is available to stream on Amazon Prime

Why The Performance is Great: Kitty Green's The Assistant is the day in the life of a young female assistant (played by the great Julie Garner) of a powerful Hollywood executive in the vein of Harvey Weinstein. Make no mistake that The Assistant is Garner's film and she's incredible in it and deserves more recognition than she's getting, but she is getting recognition, and that's not what this post is about. Though Succession's Matthew Macfadyen is only in one scene as the Human Resources representative Garner's character attempts to confide in towards the end of the film, it's the type of performance and scene that steals the show. Ned Beatty was only in one scene in Network, and it won him an Academy Award. I think Macfadyen's performance is on the same level. The Assistant is about the complicit and systematic nature of working for a monster, and Macfadyen's reaction and interaction with Garner is a highlight of the themes. He takes a nuanced approach when arguing with Garner while also knowing full well what exactly he is doing. And his last line to her in the scene is just devastating. I don't want to give too much away if you haven't yet seen the film, but it's absolutely worth a watch.

As of the writing of this post, The Assistant is available to stream on Hulu and Kanopy

Why The Performances Are Great: There's no way in hell actors from a violent genre satire of coastal elites vs. QAnon right wingers are going to ever be considered for any awards, but hot damn was The Hunt a damn good movie watching experience thanks to the performances of Hilary Swank and a star-making turn from Betty Gilpin. My apologies for spoiling the hero reveal of the film, but once Betty Gilpin's Crystal starts to become the star of the film, you're transfixed. Crystal immediately enters the bad ass pantheon alongside Ellen Ripley, Sarah Connor, and The Bride and has an epic showdown with Swank's Athena, in a performance that really makes you wish Swank hadn't been gone from the public eye for the past decade or so. The Hunt is a master-class in tone, and it's helped by the performances of Gilpin and Swank.
The Hunt is available to rent wherever you rent movies

Tzi Ma
Best Actor
Tigertail
Why The Performance Is Great: Tigertail is written and directed by Master of None co-creator Alan Yang about a young man from Taiwan who sacrifices his way of life, and eventual happiness, in order to come to America. The film is told in two separate timelines with the young man, going by Pin Jui, and his journey from Taiwan to America and his adult life, going by Grover, as he reflects upon his life. Tzi Ma plays Grover as he struggles to connect with his daughter and looks back on the life he had versus the life he wanted to lead. Grover is stoic and emotionless by nature, which can be difficult to bring the audience in and relate to you, but Tzi Ma does it with perfection. You care about Grover and his journey despite the character's inability to connect, which is a huge testament to Ma. The fact that Tigertail never picked up any buzz whatsoever meant that Tzi Ma's performance has blown away into the ether, but I wanted to give him a shoutout here. Also, he got that Mulan money this year, so I don't feel TOO sorry for him 😉
Tigertail is available to stream on Netflix

Cristin Milioti
Best Actress
Palm Springs
Why The Performance is Great: I first saw Cristin Milioti when she was cast as The Mother in the final season of How I Met Your Mother. While the final season was uneven at best (code: bad), it was hard not to be drawn in by Milioti's charm and she had amazing chemistry with Josh Radnor's Ted that Milioti's character become one of the lone bright spots to a great show that limped to the finish line. Since then, Milioti has shared the screen with Patrick Wilson (Fargo), Leonardo DiCaprio (The Wolf of Wall Street), and Superstore's Ben Feldman in the short lived romcom show A to Z, and in every project she's charming and has great chemistry with her male counterpart. Milioti is no different with her Palm Springs co-lead Andy Samberg as they journey together living the same day a la Groundhog's Day. Cristin Milioti is great in everything she does and doesn't get enough credit for it.

Palm Springs is available to stream on Hulu 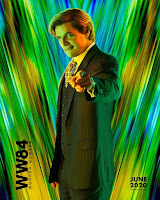 Pedro Pascal / Ewan McGregor
Best Supporting Actor
Wonder Woman 1984 / Birds of Prey
Why The Performances Are Great: 2020 did not give many Big Tent Blockbusters, but in the few we had, we were treated to big, hammy performances from the film's Heavy. No matter your thoughts on WW84 (I quite enjoyed it, but the general consensus of The Internet did not), the best part of the film is Pedro Pascal's television personality Maxwell Lord. The Wonder Woman sequel is set in the eighties to be fun and over-the-top, and Pascal delivers both in spades. Ewan McGregor's Roman Sionis (aka Black Mask) is supposed to be a bit more menacing, but that doesn't mean he's not clearly having fun in the role. Birds of Prey also has a brighter, more upbeat and fun tone to it, and McGregor assists with his performance as Gotham's up-and-coming crime boss.

Wonder Woman 1984 and Birds of Prey are available to stream on HBOMax
What Was Your Favorite Unsung Movie Acting
Performances of 2020?
Posted by Adam Kaplan at 6:16 PM