6 Recent Oscar Nominees Who Were Nominated In The Wrong Category

Category fraud is more rampant at the Emmy's because the TV shows themselves can determine what category they choose to place themselves in. With the Academy Awards, studios can just campaign for a particular category but ultimately it is The Academy themselves that determine which category to place movies and actors into. There have been instances where a studio will campaign for one category and been placed in another. Therefore, in theory, category fraud shouldn't exist at the Oscars. Unfortunately, it does. Here are 6 Recent Oscar Nominees Who Were Nominated In The Wrong Category.

I know that Dr. King Schultz is not in the name of the movie, but that doesn't mean that Christoph Waltz's character was not one of the co-leads in this modern Quentin Tarantino classic. While Django has the character arc in this story, Django Unchained is just as much about Dr. King Schultz's journey as well. Christoph Waltz is a co-lead in this film with Jamie Foxx and if he were going to earn an Academy Award nomination (which he should have for this incredible performance) he should have been bumped up with "the big boys". Will Smith, the man who was supposed to play Django, actually refused the part because he wasn't the lead- even he knew then that Dr. King Schultz was a lead character. What's even worse about Christoph Waltz's nomination here is that it blocked his fellow cast mate Leonardo DiCaprio from earning a nomination for giving the best performance he ever gave to that point. But as we all know, The Academy hates Leo.

I remember talking to a friend of mine around this time back in 2012 about all the Oscar nominations The Help received. I told him that it received a Best Actress nomination, and he turned to me and said, "Oh! Emma Stone finally got an Oscar nomination?" That's right, Emma Stone is the true lead of The Help and everybody else is a supporting cast member. The Help is the story of Eugenia Phelan (Stone) as she returns back home after college and gets a job at the local newspaper. She uses her newfound power to help spark a revolution is her small-minded southern town in the 1960's. The Help ended up nominating three ladies at the Oscars with Jessica Chastain and Octavia Spencer being nominated in the Best Supporting Actress category, so it makes sense to have The Help campaign for Davis to be in the Best Actress to spread around the wealth. However, just because Viola Davis's character was involved in the main storyline (with Chastain and Spenser being involved in the B-storyline) doesn't mean she was a lead actress. 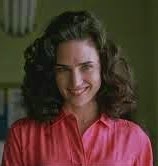 Being a year late on everything, my parents finally got around to seeing A Beautiful Mind in 2003. After watching it, I asked my Dad what he thought of Jennifer Connelly being nominated for a Best Supporting Actress Oscar. What I meant by my question was that I didn't think she gave all that memorable of a performance and I was questioning her acting ability. However, what my dad took from my question was the latter part of my question. He replied, "That's odd, she should have definitely been up for Lead Actress." While A Beautiful Mind was first and foremost Russell Crowe's movie, Connelly's performance as John Nash's wife was just as integral to the film as John Nash himself was. It's odd to see Connelly in the Best Supporting Actress category where Felicity Jones for her work in The Theory of Everything this year, where Jones essentially played the exact same role as Connelly did, gets nominated as a Lead Actress.

Admittedly, this one is sort of a stretch and by far and away the least egregious selection on this list, but I also believe that Heath Ledger's role was not a supporting performance. If anything, Christian Bale's Batman / Bruce Wayne was the supporting character. At one pint The Joker tells Batman that he's changed him, the definition of what a supporting character does. Plus, the main reason The Dark Knight works so well was because of the amazing performance of Heath Ledger. When one single performance can change a movie, and as big of a performance as Ledger gave, he should have been considered a lead actor. Ultimately though, I'm fine with The Joker being considered a supporting character as Ledger ended up posthumously winning the Oscar- something he never would have done if he was placed in the "proper" Lead Actor category.

I absolutely understand why American Hustle campaigned to have Bradley Cooper be a supporting actor. Not only was the Lead Actor race extremely competitive in 2013, but American Hustle had such a large cast that they needed to do everything they could to maximize their nominations. It probably was difficult enough to get Christian Bale into the Lead Actor race that there was no way that Bradley Cooper was going to get a Lead Actor Oscar nomination. Therefore, the film did the next best thing, they campaigned for Cooper to get a Supporting Actor nomination. Ultimately the move paid off as Christian Bale, Bradley Cooper, Amy Adams, and Jennifer Lawrence all earned Oscar nominations for their work in American Hustle (poor Jeremy Renner BTW), but Cooper was more the co-lead with Bale and Renner was the true Best Supporting Actor from the film. Even the pretentious Wesley Morris agrees with me.


WHICH EXAMPLE OF OSCAR CATEGORY FRAUD WAS THE MOST EGREGIOUS TO YOU? LET US KNOW ON OUR FACEBOOK PAGE!