What Are The Best Bets At The 2015 Academy Awards

These are not my official selections for who I think will actually win the Oscar for their respected category, but who I think has a realistic shot of winning their category while still giving you favorable odds. Here's how to win money at the 2015 Academy Awards.

BEST ACTOR- EDDIE REDMAYNE (THE THEORY OF EVERYTHING) 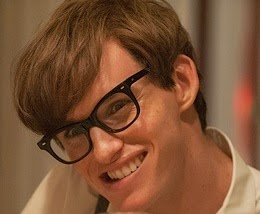 This selection comes with the caveat that your bookie or "off shore website" both has Michael Keaton as the favorite and doesn't require you to put more money down than you'll get back. Last week Variety released their Vegas odds and it had Redmayne as the second favorite with 11/10 odds- which isn't that great but it's probably the best you'll get for him. However, I do think there's a greater chance that Eddie Redmayne wins the Oscar than Michael Keaton does. Michael Keaton gave a stellar performance and Redmayne gave a performance that almost literally any actor in Hollywood could do, but that's irrelevant because that's not how Oscar voters think. Academy voters see a "daring" and "brilliant" performance from Redmayne as they do for anyone who pretends to feign a disability. What's also working in Eddie Redmayne's favor is there there isn't a whole lot of precedent for roles that Michael Keaton played who also won a Best Actor Oscar. Keaton is shoehorned into the Older Actor / Comeback / Great Career category, Previous recipient of this nomination include Mickey Rourke (The Wrestler), Bruce Dern (Nebraska), and David Strathairn (Good Night and Good Luck)- all of whom lost. Compare that to Eddie Redmayne who not only plays a brilliant artist/musician/mathematician like Jamie Foxx (Ray), Philip Seymour Hoffman (Capote), and Russell Crowe (A Beautiful Mind) but has a disability like Colin Firth (The King's Speech)- all of whom are winners. The only thing against really going against Redmayne is articles like this one and this one who vehemetly hate what kind of performance Redmayne gives, but fortunately for him, old white dudes with Oscar votes don't read blogs.

I'm also going to start this selection with a caveat as well, because this vote is hinging on the fact that the Director's Guild of America choose Inarritu over Richard Linklater (Boyhood). For starters, the biggest correlation between both a Best Director Oscar and a Best Picture Oscar is a DGA win, and Inarritu has a fantastic shot at winning the DGA thanks to a film that looks like it was shot in only one take. This type of gimmick is something I could easily see the small director's guild eating up over the narrative that Richard Linklater filmed a movie over 12 years. Secondly, I think we will see a year where both the Best Picture and the Best Director come from the same film (which is what happens almost every single year). I think either both will go to Boyhood or both will go to Birdman. Thirdly, Birdman is a film about Hollywood, and Hollywood loves self-congratulatory films- even ones that mock them. Films about Hollywood that have won in recent years include Argo and The Artist. Lastly, both Boyhood and The Grand Budapest Hotel are getting better odds than Birdman. 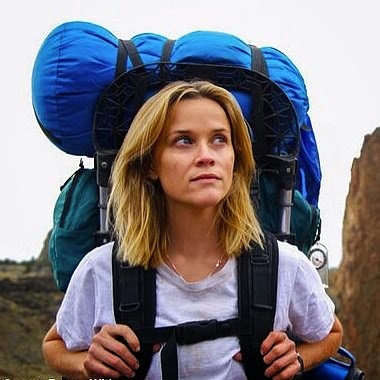 Here's what RogerEbert.com has to say on How To Win A Best Actress Oscar:

The Academy Award winner for Best Actress always goes to a performance for whom gender and/or sexuality is a major part of the character's story. If you remove the sexuality aspect or the importance given to gender in the character's narrative, then you will fundamentally change the character.


Not only does this describe previous Best Actress winners like Jennifer Lawrence (Silver Linings Playbook), Natalie Portman (Black Swan), Kate Winslet (The Reader), Halle Berry (Monster's Ball), and Julia Roberts (Erin Brockovich), but it describes Witherspoon's Cheryl Stayed to a T. Plus, since Julianne Moore is the favorite, the odds are forever in your favor!

This is the one selection I feel the least secure about, which is probably why you can get anywhere from 20/1 odds to 50/1 odds on the picture to win. The main reason I feel that Selma has a great shot to win is solely because of one isolated incident where two years ago where Ben Affleck's Best Director snub propelled Argo to win Best Picture. Thinking that because Selma director Ava DuVernay was also snubbed just like Ben Affleck means that Selma will also win Best Picture is almost the definition of the Gambler's Fallacy. Not only was Argo truly one of the best films of 2012, but it also had the We're Hollywood and We're Awesome factor. Plus, Ben Affleck won the DGA that year and if you read my Birdman column closely, a DGA win is the single best predictor of winning Best Picture and this year Ava DuVerney isn't even one of the 5 DGA nominees. Further, it is never a good bet to predict a film to win Best Picture where its director failed to even get a Best Director nomination as it's only happened three times in the entire 85+ years of Oscar history. That being said, Selma may not have the Hollywood factor going for it, but it does have the We're The Academy and We Swear We're Not Racist factor going for it. Despite the fact that the biggest reason that Selma only received two Oscar nominations was because the film itself ran a horrible Oscar campaign and because they sent out their screeners way too late, there's the perception that the majority of the Selma snubs came because of racism. It's no secret how left-leaning the vast majority of the Academy voters are and to prove to everyone they're not racist they just might vote for Selma as they did for previous Best Picture winners 12 Years A Slave and Crash.

WHAT DO YOU THINK IS YOUR BEST BET TO WIN MONEY AT THE 2015 ACADEMY AWARDS? LET US KNOW ON OUR FACEBOOK PAGE!