Django Unchained had "The Payback" by James Brown. Six months later, Baz Luhrmann tops that by using Jay-Z's section of "No Church In The Wild". A few months later we get Yeezus' himself and his new song "Black Skinhead". Nothing like having Kanye West to hype up your trailer.

EXPLANATION OF THE PLOT: Horrible

I have absolutely no idea what this movie is about. But do I care? Absolutely not. I get that Leo loves to throw things, and that's pretty much it. I guess DiCaprio is Henry Hill and Jay Gatsby rolled into one. And that's fine by me.

EXCITEMENT LEVEL: Through the roof

Even with Shutter Island and The Aviator fresh in my mind, I still wholeheartedly believe that Martin Scorsese and Leonardo DiCaprio can do no wrong. I have no idea what The Wolf of Wall Street is actually about, but the Kanye song plus this title card: 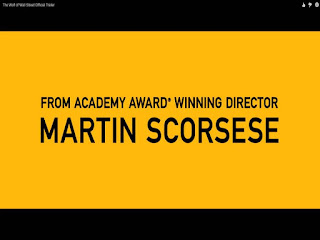 And this title card: 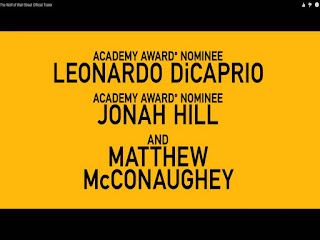 Are you excited to see The Wolf Of Wall Street?