My Choices For Best Supporting Actor At The 2013 Emmys

The Best Supporting Actor category is always incredibly deep. The amount of great television shows seem to keep on growing and growing, and that doesn't include the amount of great acting on bad shows. Every year this seems to be a hard category to even predict, nevertheless declare who you want to win. And this year it's no different. Last year included a duo from Breaking Bad, a popper and a peasant from Downton Abbey, a whore-loving, drunk midget, and a dead Brit. Let's see who I think deserves to get a nomination this year? While new shows like The Americans and House of Cards earn spots on my list? Do I think another Lannister deserves the spot? You'll have to read to find out!

The Top Six in Descending Order 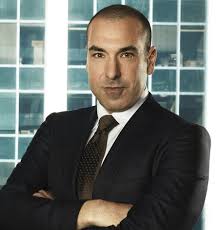 Suits in season 2 did what Justified did in season 2, it become less episode while creating more of a central, season long arc. It was able to do that by bringing in an outside villain that wasn't introduced in the first season. Justified had Mags Bennett. Suits had Daniel Hardman. While that's only the comparison I will make between a guy who is just kind of, sort of a dick to the amazing and wonderful character that was Mags Bennett, that still left Suits what something for it's Season One "villain" to do.

Louis was a compete rat in Suit's freshman season, and a guy that you just wanted to punch in the face every time he was on screen. But in Season Two he was an actual person. Sure, you hated Louis at many points, but you also managed to genuinely care for him. While it was easy to discard Louis being passed over for form partner in Season One, Season Two managed to make you see things from his perspective. Kudos to Rick Hoffman to making me have all of these complex emotions.

5) Noah Emmerich (as Stan Beeman)
from The Americans (FX)

Noah Emmerich have spent years in Hollywood being "that guy" and having a cameo here and there. He was the scientist in Season One of The Walking Dead. He's had parts in The Truman Show, Super 8, and White Collar (USA). He finally got a chance to play a part he could sink his teeth into as the FBI agent chasing the Russian spies that are infiltrating the American government- and also happen to be their next door neighbor.

Even when the show was bad (and/or I just didn't care for it- which was at least the first six episodes), I always liked Emmerich. He doesn't have the same charisma as even his co-star Matthew Rhys, but he does have that quality where you care about every little move he does. It's hard to make an FBI not seem cliche, and Emmerich manages to make Stan Beeman his own man.

We are going from one FX show to another, and to a show we already previously mentioned- the great and incomparable Justified. Goggins has always been great since the show's inception, and is one of the few form the show to earn an Emmy nomination- albeit from his work in Season 1. While I don't expect him to earn another one anytime soon, that doesn't mean he doesn't deserve it. Season 4 of Justified was so splendid and spectacular because it went back to basics- including a prominent focus on Boyd Crowder. 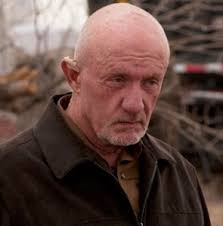 While someone from Breaking bad doesn't inherently need to be nominated, I can't think of a single season where a supporting male shouldn't have deserved to be nominated. Everyone on the show is superb, and Jonathan Banks is no different. Gus Fring's long time bodyguard and right-hand-man was always a no-nonsense certified bad ass. But it was in BB's last season where he finally got to shine. With Giancarlo Esposito (Fring) not eligible this year, I suspect Banks where slip right in and take his Emmy nomination spot.

Every hero needs a villain, and when Steve Buscemi's Nucky Thompson because a "full gangster", he needed a yang to to his ying to prove it. Enter Gyp Rosetti. A petty man looking to make it rich like everyone else during this prohibition period. A  man who takes any which thing the wrong way and blows it up to unnecessary proportions. Cannavale was an underrated character actor for a long time before stepping into the shoes of Gyp Rosetti, and plays this character so over-the-top that it's just pure fun to watch, yet natural so he's not a cartoon character.

Not to brag or sound like a T.V. hipster, but I was actually well aware of Stoll's talents being a huge fan of Law and Order L.A. Stoll starred as one of the two detectives, kind of like a young Jerry Orbach. I then saw him pop up has Earnest Hemmingway in Woody Allen's Midnight In Paris. But Stoll's big break, came in Netflix's first original smash hit House of Cards. Apparently the critics weren't HUGE fans of the show (I, however, am a huge fan), but everyone can agree that the alcoholic Senator with a pension for prostitutes was one of the series highlights. Stoll was so good that not only is he practically guaranteed a nomination, but he's probably the front runner. That's pretty impressive for a guy who will have heavyweights Aaron Paul from Breaking Bad and Peter Dinklage from Game of Thrones (both winners) to contend with.


With My Sincerest Apologies To:

I'm not even going to apologize to Aaron Paul who plays Jessie. Paul has two Emmy wins (including one last year over his absolutely more deserving co-star Giancarlo Espisito (Gustavo Fring)), and Jessie was barely in Season 5.1 of Breaking Bad. Plus, it's not like the Jessie scenes were all THAT good. I firmly believe that the two Breaking Bad slots deserve to go to Banks and Dean Norris. Norris plays Walter's DEA brother-in-law Hank Schrader and finally gets the sceen time to prove how awesome he is. I think Norris will get a chance to truly shine in the last 8 episodes of Breaking Bad that will air in 2013.

Whigham plays Nucky Thompson's brother, Eli, who seems to be forced in the shadows for the first two seasons. But now that Nucky has to become a full gangster (as opposed to half of one) to fight off Gyp Rosetti, it's Eli that also shines to prove his worth to his brother. Whigham gets more story time, which in turns gets to show case Whigham's talents further. However, if I had to choose between the nuanced performance vs. the over-the-fuck, holy-fuck-did-you-see-that performance, I'll cop to loving the latter more. That's why I give Cannavale the BE edge over Whigham.

Don't get me wrong, I love Peter Dinklage and I love his character, Tyrion Lannister, on Game of Thrones. And I don't think Dinklage all of the sudden became a poor actor. However, even though Dinklage's name comes first in the credits, he's barely been a part of Season 3 of the show. To me, earning a nomination not only takes great acting, but it also depends on how the writers write for your character during the season. The breakout star from Season 3 has been Tyrion's brother Jamie (played by Coster-Waldau), but I'm not THAT impressed with Jamie's storyline as many other critics have been this season.

I put Patinkin here, because he was spectacular in Season One of Homeland. He probably was the 7th best supporting actor in 2012 (not to me, but probably to the Emmy voters), and he'll probably get a nomination this year. However, not only did his character, Saul Berenson, not even get a ruler in the peanut butter moment in Season 2, but he barely got any meaningful screen time at all.

As great as this season of Mad Men has been, and as much as Roger Sterling is one of my favorite characters on television, probably ever, I can't justify giving any other male not named Jon Hamm a major Emmy nomination. For Mad Men's first four years, John Slattery as Roger Sterling was a shoe-in. Then, last year, Jared Harris as Lane Pryce earned Slattery's "Emmy spot", as rightfully so. But after the events in Season 6, I don't think anyone really deserve the traditional 'Slatterty slot". Slattery himself is only prominent in one and a half episodes through most of the season, Pete Campbell hasn't distinguished himself this year, and Harris, for obvious reasons, isn't eligible this year. If either Slattery or Kevin Rahm (Ted Chaough) earned a nomination, I wouldn't be outraged, but it wouldn't really be that deserving also.
Posted by Adam Kaplan at 8:28 PM