Why The Philadelphia Eagles Were Smart By Trading Away LeSean McCoy 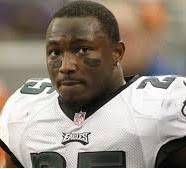 We live in an era of football where Fantasy Football matters more than the actual NFL. We care about the offensive players on our fantasy roster and we overanalyze every quarterback, running back, and wide out, and only halfheartedly pay attention to any defensive players. It’s why we care about Ray Rice’s domestic abuse scandal and couldn’t care less about former Carolina Panthers defensive end Greg Hardy’s domestic abuse case, it’s why a quarterback HAS to win the MVP over a defensive player, and it’s why we think the Philadelphia Eagles trading away a running back to the Buffalo Bills for a linebacker is one of the worst trades that has ever existed in the history of mankind. I understand the initial reaction of All Pro RB LeSean McCoy being outright traded. It seems unfathomable. I couldn’t even trade for McCoy in my Fantasy Football League last year (despite his poor fantasy numbers all season long) yet the Eagles traded him away willy nilly.

People who think the Eagles made a bad move trading away LeSean McCoy aren’t looking at the big picture. They see a guy who is immensely talented at a “premiere” position who is soon to be 27 years old and think “DaFuq?”. However, these people are missing two key facts: 1) LeSean McCoy is insanely expensive and 2) Running backs are completely replaceable. First, let’s take a look at LeSean McCoy’s contract. According to OverTheCap.com, in 2015, McCoy was set to earn $10.25 million dollars in salary which counted $11.95 million against the Eagles cap. If they outright released him, they would have owed McCoy a guaranteed one million dollars. McCoy was the second highest paid running back per year behind only Adrian Peterson. On the other hand, the Buffalo Bills take a HUGE cap hit, and nearly 1/3 of their cap room next year is going to Shady. According to Ross Tucker, the Eagles have now gotten rid of 3 out of their top 4  salary cap hits for 2015, and now have over $20 million dollars in cap space (Bill Barnwell puts that number closer to $30 million). That’s money the team can now spend on free agent Jeremy Maclin (or any other free agents they so choose) and rebuilding their defense that ranked 28th in 2014.

Now having money is nice, but you still need to put talent on the field. The critics will argue that while LeSean McCoy may be expensive, it’s worth paying him. I disagree. The NFL is becoming more of a passing league every year making running backs less and less valuable. Not only are more teams shifting away from a one running back system and moving towards having at least two (Sean Peyton’s New Orleans Saints have a minimum of three every game), having a so-called elite running back isn’t as valuable to teams as it was even 10 years ago. We’ve also become smarter about realizing the value between running backs and offensive lines. If you have a good offensive line, you can have any running back you wish. That’s why the Baltimore Ravens and O-line guru Gary Kubiak were able to find a diamond-in-the-rough with third-stringer Justin Forsett in 2014. C.J. Anderson was listed at least third on the Denver Broncos depth chart at the beginning of the season, yet he was able to prove he was the most talented RB they had. A similar situation happened with Jacksonville’s Denard Robinson. Minnesota’s Matt Asiata was able to prove himself a capable starter by year’s end as well. While LeSean McCoy may be more talented than any of those running backs (we’ll address this issue shortly), having him leave the Eagles shouldn’t equate to a drastic decline in production from the running back position.

Further, both the quality and quantity of running back free agents this offseason is just incredible. DeMarco Murray, Mark Ingram, Ryan Matthews, Justin Forsett, Reggie Bush, DeAngelo Williams, C.J. Spiller, Knowshon Moreno, Ahmad Bradshaw, Stevan Ridley, Shane Vereen, and Frank Gore are guaranteed free agents. And that doesn’t include the likelihood that Adrian Peterson won’t be a Minnesota Viking next year, Marshawn Lynch might or might not be a Seattle Seahawk next year, and the Bills now are surely to cut Fred Jackson sooner rather than later. Plus, Ray Rice is still sitting out there if you’re truly desperate. The point is, the Eagles can and should (if they’re smart) get equal or better than production from their new running back than what they would have gotten about of Shady. Even if the Philadelphia Eagles make the incorrect choice when it comes to their new running back, that doesn’t change the fact that they were correct to ship McCoy away.

Another aspect that’s being overlooked is that there’s a chance LeSean McCoy might not be all that good anymore. While he’ll be 27 entering into the 2015 NFL season and has had great success in this league, the Eagles might have just sold high on their star running back. In 2014, LeSean McCoy ranked 16th in DYAR (total value) and 14th in DVOA (total value per play). In 2012, McCoy was 35th in DYAR and 33rd in DVOA. The flip side of this argument was that Shady was 1st in DYAR and 3rd in DVOA in 2013, but performing below average in two out of the past three years cannot be overlooked. Now if LeSean McCoy ended up as the best RB in the league for the next three years I of course wouldn’t be surprised, but I also don’t think that the logical projection of McCoy either. 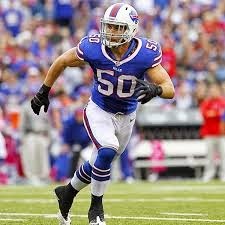 Lastly, we have the Kiko Alonso aspect of this deal. Alonso is entering his third season in the league after being drafted in the second round by the Bills. While he also missed his entire sophomore season thanks to an ACL injury, he still has plenty of potential and room to grow. And he’s also dirt cheap. Thanks to missing an entire season, Alonso is now under cost-control for three years as opposed to just two. Kiko Alonso will make a touch under $800,000 in 2015 and a touch under a million dollars in 2016. Alonso will (probably) be replacing DeMeco Ryans who missed all off 2014 with an Achilles injury and is most likely to get cut. After taking account his dead weight cap hit, the Eagles will still be saving $6 million. That doesn’t include the fact that, if healthy, Alonso will be giving the Eagles defense a huge boost in production.

Personally, I would have rather the Eagles have gotten a second round draft pick, although some people seem to suggest that by acquiring a particular player actually saves the Eagles cap room. That doesn’t quite make sense to me, but if it’s true, then acquiring Kiko Alonso is an even more brilliant move than I realize. Also, it’s entirely possible that a second round draft pick wasn’t even an option available (nor should it have been considering the RB free agents that are available and McCoy’s hefty contract). LeSean McCoy was never going to net a first round draft pick- especially after the Indianapolis Colts were the first team ever to trade away a first round pick for a RB with disastrous results. If Kiko Alonso ends up living up to the hype of his second round status, then for all intents and purposes the Eagles did trade away McCoy for a second round pick.

With all of that being said, Kiko Alonso can be a disaster and trading away LeSean McCoy for him was still a great move for the Eagles. Shedding as much cap space as they did while still having the ability to find cheaper, yet equivalent production to LeSean McCoy is a stroke of genius. The Eagles still have work to do as they have to make the most out of their cap situation and they need to choose the correct running back out of that free agent pool, but this LeSean McCoy trade was a huge step in the right direction. So while we all love LeSean McCoy and think the world of him thanks to Fantasy Football, we need to realize that the actual NFL is far different from the world we love to play in on our computers.

WHAT DO YOU THINK OF THE LeSEAN McCOY / KIKO ALONSO TRADE?