How I Met Your Mother is ending on Monday. It will leave with a bittersweet legacy. The first five seasons of the show are some of the greatest seasons of comedy sitcom gold you will ever find, and if the show ended then, it would go down as one of the greatest sitcoms of all time. Unfortunately, the show did not end after 5 seasons. It's ending after 9. And the final four seasons are excruciatingly bad and painful. Especially considering the potential it failed to live up to. The shows creators, Carter Bays and Craig Thomas, took the title of the show way too literally, and refused to introduce "The Mother" until the last last possible moment. So what the audience received was tired, lazy, and outdated story lines while the characters turned into cartoon characters of their former self in the later years.

But I'll choose to remember HIMYM in the most positive light possible. I'll remember it for the good, and block out the bad. So in reverence of the show, here is my personal list of the 10 best How I Met Your Mother episodes of all time. 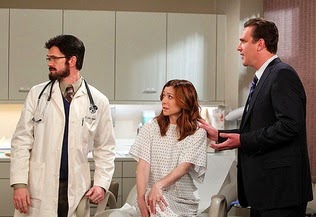 THE STORY LINE: Marshall and Lilly see a fertility doctor, who just so happens to be Barney's doppleganger, while Robin gets teased by former co-worker, Sandy Rivers, at her new job for her misgivings that she committed while working at Metro News 1.

WHY THIS EPISODE IS GREAT: This episode works on multiple levels. It has a funny A story line with Marshall, Lily, and Barney along with nostalgia from the show's glory days while Robin and Sandy "reminisce" about their old job during the B story line. It has the Easter Eggs of the countdown from 50 to 1, so even if you were sick of the show by this point, there was still something fun to watch, and oh, it had the death of Marshall's father at the very end of the countdown.

Obviously, HIMYM is a comedy and its supposed to make you laugh above all else, but no other moment impacted me as much as that moment when Lily steps out of the cab and tells Marshall that his father had a heart attack and passed away.

It's seems morbid to say that the death of a loved one and a moment that actually made me cry is the reason an episode is great, but the show did so much to earn this poignant moment. Marshall is such a lovable character, and easily the nicest, and most likable. So when something so devastating happened to this character we've grown to love and respect for 5 and a half years, it deserves a spot on this list. 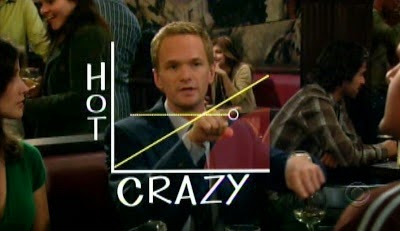 THE STORY LINE: Ted introduces his date that he met online, Blah Blah, to the gang at McLaren's while everybody tells the story of how they first met everyone else.

WHY THIS EPISODE IS GREAT: Because we all love origin stories!

We all know how Ted met Robin, but we get the fun stories of when Marshall met Ted, Lily met Marshall, Barney met Ted, and Marshall met Barney here. Combine that with a classic HIMYM catchphrase (The Hot/Crazy Scale) and the introduction of a memorable Ted girlfriend (Blah Blah), and you get the recipe for a timeless and funny episode. WHY THIS EPISODE IS GREAT: Because this episode was the turning point of the show from a pretty good one to "something special". 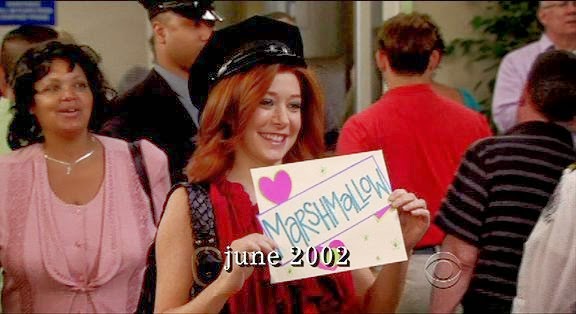 THE STORY LINE: Ted and Barney run McLaren's to pick up Arizona Tech band members, Robin and Marshall go to the airport to pick up Lily, and Lily and Ranjit find a brewery to pick up a "local" six pack for Marshall

WHY THIS EPISODE IS GREAT: How I Met Your Mother has always bent time and space in it's story telling. While many times it ends up horribly, when it works like it did in "Three Days Of Snow", it can be brilliant. This episode gave us the rare Marshall/Robin story line, the rare Ted being Barney's wing man while neither being disgusting, and Marshall and Lily being over-the-top yet adorable. Plus, we get Ranjit saying to Lily, "TMI... Too Many Informations". Love it. 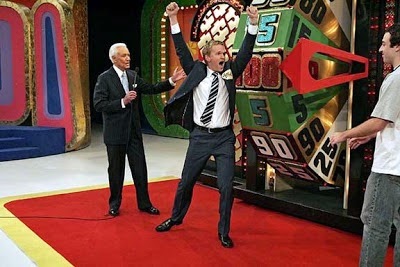 THE STORY LINE: Barney goes on The Price Is Right to meet his "real" father, Bob Barker, while Ted and Robin help Marshall and Lily spend the last two weeks leading up to their wedding being apart from each other.

WHY THIS EPISODE IS GREAT: Because Barney Stinson dominates The Price is Right.

Even though the A story line of this episode deals with Marshall and Lily apart, and the B story line deals with Ted trying to write his Best Man Toast, it's the C story line, of Barney Stinson on TPIR, that we all remember from it.

While it's amusing seeing Barney spending the entire episode attempting each little part of what it takes to win The Price Is Right, this episode and story line is more momentous because Barney believes Bob Barker is his father, and he wants to win on The Price Is Right to impress the man he believes to be his dad. It's an episode that really shows the depth of this character and shows you what a great actor Neil Patrick Harris really is. THE STORY LINE: Robin's sister comes to visit her, and each member of the gang recounts their first sexual encounter.

WHY THIS EPISODE IS GREAT: While this episode doesn't play with time per se like "Three Days of Snow" does, it does have plenty of flash backs. And boy howdy are these flash backs great. Whether its the story Ted tells Robin's sister versus truth or Barney's Dirty Dancing memory, "First Time In New York" is a compilation of awkward memories and friends being friends. Plus, we get excellent throw away gags like accidentally convincing the suicidal man to stay alive. 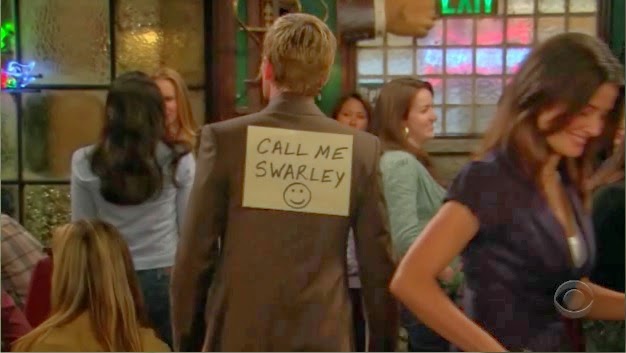 THE STORY LINE: Marshall dates a coffee shop barista to help get over Lily, while the gang starts calling Barney "Swarley" because said barista accidentally wrote his name down wrong on his coffee cup.

WHY THIS EPISODE IS GREAT: The show that everybody compares How I Met Your Mother to is Friends, and it's an apt comparison. Both shows are really just about a group of friends in New York hanging out and being young. HIMYM embraced that comparison by having this episode start off in a coffee shop that looks exactly like the Central Perk. After a long silence, Barney replies, "Hanging out at a coffee place is not nearly as much fun as hanging out at a bar". The episode ends on another apt reference, Cheers. In the middle is a running gag that happens to everybody within their group of friends- one of them messes up (or has a mishap happen to them like having the wrong name on a coffee cup) and they get teased for it. It's something so relatable that it became genius. 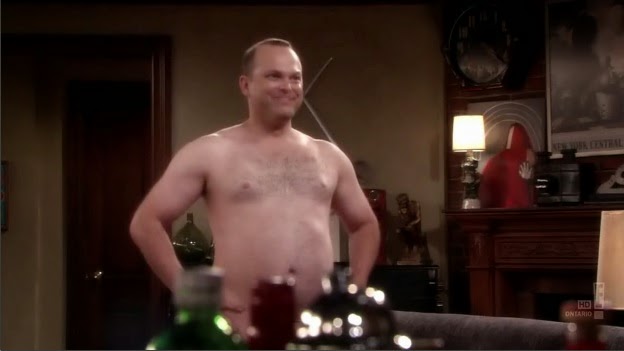 THE STORY LINE: Lily, Ted, and Barney end up trying a sex move, The Naked Man, on their dates that night after Robin's date used the move successfully on her the week before.

WHY THIS EPISODE IS GREAT: If you told any HIMYM fan to think of specific episodes or instances off the top of their head, one answer you would hear over and over again is The Naked Man (Probably the two most common answers will appear later at the #1 spot). That's because this random episode in the middle of a random season became so iconic that it became great. THE STORY LINE: Ted creates a "Murtaugh List", based after the Lethal Weapon character, of things he's too old to do, and bets Barney that he's not able to do everything on his list by the time the weekend is up.

WHY THIS EPISODE IS GREAT: Because it's damn funny, that's why.

There's no time bending, there's no romantic counter part for Ted, there's no girl for Barney to sleep with, there's really nothing for Robin to do, and there's no big romantic gesture from Marshall and Lily (not really anyways). Yet "Murtaugh" is one of the best HIMYM episode just because it's funny.

The show is at it's best when this group of five friends are hanging out and just being people in their late 20's. As mentioned before, there's nothing ground breaking or original about the concept of this show, but what made it great was these specifics characters doing funny things. The show lost sight of that in its later years when it took it's title too seriously, but back before then, it was just a great sitcom putting out damn fine episodes like "Murtaugh". 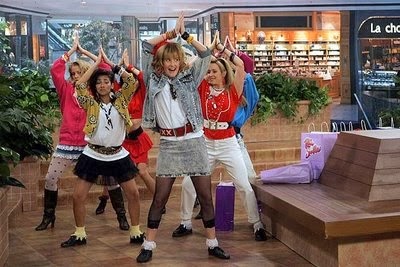 THE STORY LINE: Marshall and Barney enter into a slap bet to determine the root cause of why Robin is so averse to going to malls.

WHY THIS EPISODE IS GREAT: Anyone who has watched this show knows exactly why "The Slap Bet" is the greatest How I Met Your Mother episode of all time.

This episode gave audiences not one, but two, of the greatest story lines and running gags of the show. The first one is the obvious, eponymous answer: the actual slap bet, and why Marshall gets to slap Barney five times from here on out. The second one is the reveal that Robin is a former Canadian pop star whose big break out song was "Let's Go To The Mall".  Don't lie. Not only have you gotten this song stuck in your head before, it's now stuck in your head at this very moment.


What's Your Favorite How I Met Your Mother Episode?