2014 Fantasy Baseball Preview: Proven Player Off Of A Bad Year

One of the most consistent predictors of players outperforming their value are players who have consistently done well, but are coming off of a bad year aka Proven Player Off Of A Bad Year. Players generally perform to their true level. However, every once in a while, players have a bad year. It happens. However, rankings are done heavily weighting how a player performed in the previous season. Last season can be a good predictor of how well a player performs this year, but the better predictor is the players' entire career. This creates value pick for many players.

Here are a list of players that I think are value picks for the 2013 season, because they are a proven player coming off of a bad year: 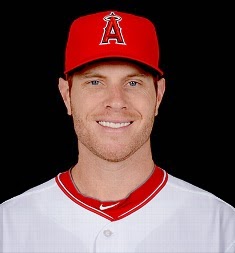 Josh Hamilton won the AL MVP in 2012, and was one of the best players in fantasy baseball from 2008 - 2012. Sure, he had some injury problems that got in the way, but when he was healthy, he was one of the best. Then he left Texas in free agency for the Los Angeles Angels- where apparently free agent hitters come to die.

In 2012, Hamilton was the 5th best hitter OVERALL in the game. He was rated very highly coming into the 2013. But then the 2013 season actually happened, and fantasy owners regretted the high draft pick they wasted on Hamilton. The Angels outfielder ended the season as the 43rd best OUTFIELDER in the game behind the liked of Norichika Aoki, Leonys Martin, & Daniel Nava. This causes Hamilton to be ranked as 27th best outfielder by Yahoo this year. That drop to me is insane.

I get the worry on Hamilton, and I don't expect him to put up numbers like he did during his glory days in a hitter friendly ball park, but I think too much credence is put into Hamilton's 2013 season, when he has a 5 year career before that that suggests he's better than his draft price. 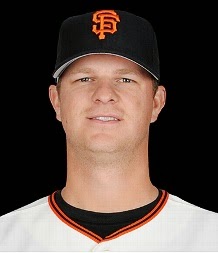 Sesame Street has a game called "Which One Is Not Like The Other". We're going to play that game now:

Which one is not like the other? You guessed it, it's the "4.00". This is a list of Matt Cain's ERA for the past five seasons. Matt Cain has been one of the best pitchers in the game for the pasty five years. He's helped the San Francisco Giants win 2 World Series. But His ERA has never hit 4.00 since his first full year as a starter. Cain's strike outs, WHIP, and ERA were abnormally high (or low) during his 2013 campaign. While many people believe that his 2013 numbers is just his peripherals finally starting to rear its ugly head, that seems more implausible than Cain just had one bad year. 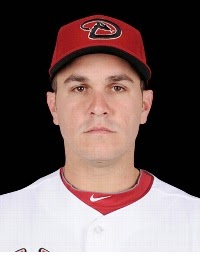 Montero was never an elite catcher, but he always managed to safely secure a spot in people's pre-season Top 10 Catchers list every year for the past few seasons. Before 2013, Montero sported an above average batting average, solid HR numbers, and decent numbers. If you'd look at Montero's numbers, they wouldn't be outstanding, but they were definitely be worth a top 10 catcher pick. However, in 2013, the Arizona catcher sported a dreadful .230 batting average with only 11 home runs, and less than 50 runs. Very un-Montero like. His 2013 campaign has now forced Montero to leave people's preseason Top 10 catcher lists. Yahoo has him ranked as the 14th best catcher and ESPN has him ranked as the 12th best catcher. He still belongs in people's Top 10. 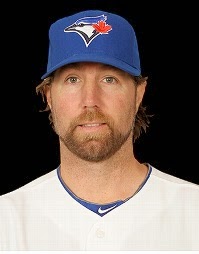 R.A. Dickey was actually a pretty good pitcher on the New York Metropolitans before he was the NL Cy Young in 2012. His ERA was in the high 2's or low 3's, he kept his WHIP low, and got strikeouts. While Dickey is a knuckleball pitcher which should force him into terrible periods as well, Dickey managed to be a good pitcher by actually throwing a good fastball and throwing a crazy fast knuckle ball. Grantland's Razy Jazayerli wrote a great article in December of 2012 why, even though Dickey is 38 years old, he'll be pitching and pitching well for a long time. So when Dickey was traded to the Blue Jays to become the ace of what seemed to be a super team, people were all over the Dickey bandwagon coming into the 2013 season.

The underlying principal of Proven Player Off Of A Bad Year is that you shouldn't put too much stock into one year's worth of work. You should look at a player's entire career, and not just one year, especially last year. These are the players who I feel are being overvalued because of one season, or even no seasons:

WHO DO YOU THINK HAD A BAD YEAR LAST YEAR THAT WILL HAVE A GOOD YEAR THIS YEAR?