HERO OF THE WEEK

The Toronto Blue Jays slugger finally did what he was supposed to- hit home runs. He had two multi-HR days this week and hit a total of 5 home runs in the past 7 days. leading all baseball players. After a slow start, Encarnacion is finally coming around. The Blue Jays Bomber is now t-3rd in total home runs and is 4th in the league in fly ball percentage behind Chris Carter, Brandon Hicks, and Yoenis Cespedes. Encarncion has a good chance to lead the league in home runs when it's all said and done. 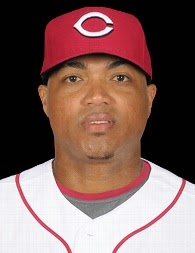 Preseason top 5 first basemen Prince Fielder and Joey Votto went down this week. Chances are if you had Fielder, you already had made arrangement for someone else to play 1B for you. Nevertheless, he's most likely done for the season. Here are some first basemen that are not widely owned to target

- James Loney (28% owned):  If you're missing Votto's OBP then Loney is a great guy to target. Sure, Loney is batting average only (high BA = high OBP), but with the way Joey Votto was hitting this year, his numbers were empty as well.

-Chris Carter (20% owned): While Carter only has 6 home runs this year, he leads the major leads in fly ball percentage. Carter hit 28 home runs last year. I know Carter is hitting an atrocious .185 right now, but that's unsustainably low. I fully expect the Houston slugger to pick it up, and soon.

If you lost Matt Lindstrom or Tommy Hunter this week, here are some guys to pick up

- Sean Doolittle (54% owned): Officially named Oakland's closer, ride the streak while you can

-Ronald Belisario (21% owned): Matt Lindstrom is going to be out and out a long time. After some confusion in the aftermath of the injury, Belisario is confirmed the South Side closer. 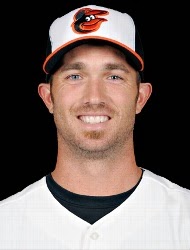 I know J.J. Hardy hasn't hit any home runs this year, and we've already played a quarter of the season, but things are going to be better for him. Hardy hit 30, 22, and 25 home runs respectively for the past three years. Hardy is actually hitting more fly balls this year than he has in the past 2 years while hitting .275. Hardy is clearly hitting the ball and hitting fly balls, but an inordinately low percentage of those balls (0%) are going over the wall. I have to believe that that is going to change sooner rather than later.

*NOTE: All % owned are according to Yahoo!