HERO OF THE WEEK 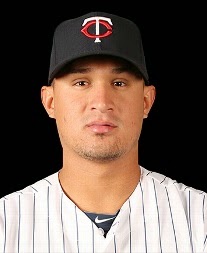 No one really separated themselves from the pack this week, so the under-owned Minnesota outfielder is my choice this week. He was tied for second in home runs (3), second in RBI's (11), while hitting .321 and was the second best batter of the week overall. Arcia hit 14 home runs in only 378 plate appearances in 2013, and he's a great pick up if you need some more dingers on your team.

This selection was a no brainer as Bumgarner was just absolutely dominant and filthy this past week. He won both of his starts with a 0.60 ERA and a 0/47 WHIP total. Bumgarner was a borderline top 10 pitcher coming into this year who probably has moved in to the top with injuries to guys like Cliff Lee and Chris Sale. Madison Bumgarner has the 12th best FIP in baseball and the 7th best K/9 without walking guys and without giving up home runs.

If for some reason Oscar Taveres (72%) and Gregory Polanco (51%) isn't owned in your league, then you should pick them up immediately, but here are some other guys who are even less owned:

- Jon Singleton (28% owned): The Astros first base prospect got called up a few days ago and hit a home run in his first game. He's worth a speculative add if you have the roster space.

- Kendrys Morales (1% owned): Now that the amateur draft has already happened, an actual MLB team can pick up Morales without losing their first round draft. Teams like the Pirates and Rangers need a first baseman, and I'd be surprised if Morales doesn't get picked up by a team within 24-48 hours.

EDITOR'S NOTE: Morales agreed to terms with the Minnesota Twins. Analysis is still the same, but the time to pick him up has dropped dramatically.

- Lonnie Chisenhall (44% owned): The Indians corner man has been the 6th best first baseman over the last 30 days with a .365 batting average to go along with his 4 home runs.

- Mark Reynolds (28% owned): Reynolds has 6 home runs over the past 30 days and has 13 on the year. Power is what wins you your league and if you ever lose your main power guy, Reynolds is a must own as power is rare to find on the waiver wire. 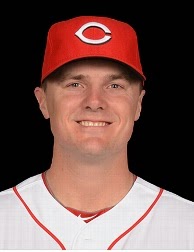 I'm surprised so many have given up on what they either spent a high draft pick or spent a lot of money on during their draft. As a Jay Bruce owner myself, I completely understand the frustration, but that doesn't mean to give up on him either. Bruce is hitting an abysmal .204 with only 3 home runs, but he's also a notoriously slow starter. While it's true that the season is a little over a third complete, you have to remember that Bruce had elbow surgery a few weeks ago. So not only did he spend 15 days on the DL,  but for all intents and purposes, his season started later than everybody else because the surgery put him back at square one. While you're certainly not going to get the 30+ home run player you thought you were going to get in the beginning of the year, Bruce is still a power bat that I'm positive will start hitting home runs for the latter two-thirds of the season.

HAVE ANY FANTASY BASEBALL QUESTIONS? ASK AWAY ON OUR FACEBOOK PAGE!