Nirvana is one of my favorite bands of all time. They are #2 on my personal list right behind The Beatles. Despite my personal preference, objectively speaking, Nirvana is one of the greatest bands in the history of rock music. Rolling Stone Magazine listed Nirvana as the 30th greatest artist of all time. They also listed "Smells Like Teen Spirit" as the 9th greatest song of all time (while also adding 3 more Nirvana songs into their top 500) and "Nevermind" as the 19th greatest album of all time (Nirvana's "MTV Unplugged" came in at 313 and "In Utero" came in at 435).

Even though Nirvana only had 3 studio albums and 2 live albums during their official run, they became one of the most influential bands of the 1990's and for Generation X. While Nirvana didn't necessarily didn't do anything innovative (they would admit their style is just a rip off of bands like The Pixies), they became revolutionaries.

A few days ago, Nirvana was officially inducted into the Rock and Roll Hall of Fame. They were unequivocal first ballot Hall of Famers, and a band that changed the landscape of Rock and Roll. Even if you don't personally enjoy their music, you have to respect their accomplishments.

I would have loved to write a full and lengthy post about the greatness of Nirvana, but I don't have anything to say. Nirvana is just an amazing band that's near and dear to my heart. "Nevermind" changed my life. They're just great- and that's all you need to know about them. Nirvana's legacy will live on forever. So in honor of their recent Hall of Fame induction and of their legacy, here are Nirvana's 5 most memorable moments:


While "Smells Like Teen Spirit" isn't the best song on Nirvana's second album "Nevermind," it's by far and away the most important one. It's the song that launched Nirvana into super-stardom. It's the one song the band will be remembered for. Vh1 named it the single best song of the 1990's.

"Smells Like Teen Spirit" is THE quintessential grunge song. It has the soft verses shifting into the loud heavy metal chorus, lyrics that don't make any sense yet are a symbol of teenage rebellion, and an iconic music video you can't help but head bang to (above).

What really made "Smells Like Teen Spirit" so great though was the influence it had on the rock and roll landscape. The 1980's were full of heavy metal bands that were more showmanship than artistry. It was arena rock solely made to get the band members laid. While the culture was shifting away from that style towards the end of the 80's as shown by Guns N' Roses, it was Nirvana, "Smells Like Teen Spirit" in particular, that pulled the lever of the guillotine onto the head of 80's metal. It one fell swoop, "Smells Like Teen Spirit" killed an entire genre of music while also creating a new revolution that spread until rock's death in the mid 2000's. 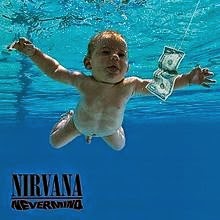 There isn't anything that's not great about "Nevermind". It's an absolutely perfect album. From the actual 12 songs on the album to the album cover itself, it's all a work of genius. Spearheaded by "Smells Like Teen Spirit", "Nevermind" became *the* album that led the charge upon rock and roll music on the 1990's.


Music culture was determined by MTV in the late 80's/ early 90's, and there was no bigger musical event during Nirvana's heyday than the MTV Video Music Awards (VMAs). Since "Smells Like Teen Spirit" was the greatest thing since sliced bread, MTV wanted the band to play that song. However, Nirvana was sick of "Teen Spirit" and wanted to play "Rape Me" instead. While actually an anti-rape song (the inverse of "Rape Me" and a somewhat pro-rape song is "Polly"), MTV didn't want a song that screamed "Rape Me" over and over again to play on their network. Both sides finally came to terms, and agreed Nirvana would play "Lithium" at the award show.

Nirvana did end up playing "Lithium", but not before giving the network a scare. Kurt Cobain starts off the performance by playing the opening riff to "Rape Me" and singing the words "Rape Me" twice before stopping and shifting into "Lithium". The performance Nirvana ended up giving will go down as one of the best live rock performances in history right along with The Who playing "My Generation" on The Smothers Brothers Show and Jim Morrison and The Doors singing "Light My Fire" on The Ed Sullivan Show. Nirvana gave an amazing and electric performance that ended with bassist Kris Novoselic throwing his bass guitar in the air and knocking him out as well as drummer Dave Grohl taunting Axl Rose. 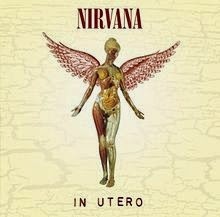 There was no way in hell "In Utero" was going to be as good or better than "Nevermind". You can't improve on perfection. But it's a damn fine album consisting of great songs like "All Apologies," "Rape Me," and "Heart Shaped Box". Considering the extremely high expectations the band had thrust upon them, to make an album as good as "In Utero" is is pretty darn impressive.


Studio albums and live albums are two completely different beasts. It's easy to make a great studio album when you can edit tracks and play tricks on the audience. It's another thing completely to create a fantastic live album with no producer involved. The MTV Unplugged series was great for artists to showcase their true talent, and no band had a better Unplugged set than Nirvana.

To make a great live album and to have a great live performance, you need to re-imagine songs so that the audience feels a different experience. If an artist is just going to play the exact same songs that you hear on their record in the exact same way, then there's no reason to see that artist live. What's the point of going to a show when you can sit at home and listen to the same exact thing for free?

Nirvana gave the New York audience, as well as the rest of the world, a new, stripped down version of their classics. Nirvana gave its audience a fresh and different perspective on the songs we loved so much. We were also lucky enough to hear wonderful covers such as David Bowie's "The Man Who Sold The World", the Meat Puppets' "Lake of Fire", and Lead Belly's "Where Did You Sleep Last Night"? (above).

It's absolutely terrible when any person dies way before their time. It was catastrophic when the lead singer of Nirvana, Kurt Cobain, committed suicide at the age of 27. Cobain was clearly the face of the band, and with his death came the death of Nirvana. There have, unfortunately, been many instances of musicians dying before their time, but none hit the world harder than when Kurt Cobain passed. Nirvana was not only the biggest band in the world at the moment, but they were creating a revolution. To see all that end so suddenly was disheartening to us all. VH1 actually listed Cobain's suicide as the third most shocking moment in the entire history of rock and roll.

While it's possible Nirvana could have gone on to make more great albums, it's also possible they could have made some stinkers as well. Nirvana never "jumped the shark" so to speak because the band never got to a point in its career to "jump the shark". So not only was Kurt Cobain's death so tragic that it will forever remain implanted within the zeitgeist of rock and roll music, it also allowed Nirvana's creative reputation to remain unblemished and immortal; it allowed Nirvana to be remembered as one of the greatest rock and roll bands to ever exist. R.I.P. Kurt Cobain.

April 10, 2014
Nirvana officially gets inducted into the Rock and Roll Hall of Fame


Yes, the inspiration for this list is also #5 on the list of the most memorable Nirvana moments. Not only was the show itself excellent, but also what it represents.

Nirvana was elected into the Rock and Roll Hall of Fame on its first year of eligibility. This is impressive considering the band as we know it was only around for five years (1989-1994) and only produced 3 studio albums. To me, this feat is incredible. Nirvana absolutely deserves to be inducted into the Hall of Fame after everything you just read in this post, but to be so influential in such a short time frame seems unfathomable to me. The only other artist I can think of that was as huge and influential as Nirvana was while also doing it in such a short time frame as Nirvana did it in was The Beatles. And even The Beatles managed to produce at least 10 studio albums in 8 years. Nirvana only produced 3. The only other artist that comes to mind is The Sex Pistols. The Sex Pistols were only active for 3 years, but I don't think they were as influential as Nirvana was. The Sex Pistols were part of a movement. Nirvana defined and created a movement.

The other factor that sticks out to me was the fact that Dave Grohl, Kriss Novoselic, and Pat Smear had female singers sing at the Hall of Fame ceremony instead of trying to find a vocalist to re-create what Kurt Cobain sounded like. The band Queen comes to mind as they've been struggling to find someone who sounds like Freddy Mercury for the past decade. However, no one is ever going to be able to replace the great Freddy Mercury. The remaining members of Nirvana instead went a completely different route while also honoring Kurt Cobain.

By having only female artists such as Joan Jett ("Smells Like Teen Spirit"), Lorde ("All Apologies"), and Sonic Youth's Kim Gordon ("Aneurysm") sing during the performance, Nirvana managed to make multiple statements at once. The band managed to pay their respects to their past, present, and future while also showcasing how great females are and can be within the rock world. Kurt Cobain made it clear within his lifetime that he wanted outsiders, especially homosexuals and females, to be included in society. He played many anti-rape and anti-gay events. He also told Spin magazine that he had hoped he would inspire women to pick up guitars and rock. By having a litany of great female rockers perform with them at their Hall of Fame induction ceremony, Nirvana once again brought Kurt Cobain's vision to life.


What was your favorite or most memorable Nirvana moment?