A Discussion Of The Five Tool Players In The MLB

The five tools that baseball scouts look for when they are scouting MLB prospects are: hitting for average, hitting for power, speed, defense, and arm strength. If a player has all five tools, they are considered a super star. They will be drafted at the top of the amateur draft, and will be expected to make in into the major leagues sooner rather than later. A five tool player is the white unicorn of the major leagues. 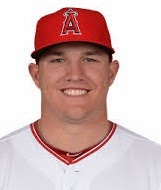 While Miguel Cabrera is the true 2 time reigning A.L. MVP, the player that that designation deserved to go to was Mike Trout. He is without a doubt the best player in the game, and he has led the major leagues in WAR for the past two seasons. Trout batted over .320 in 2012 and 2013, hit 27 and 33 home runs for the past two years respectively, and stole 33 and 49 bases for the past two years respectively. The Angels outfielder was 9th in Isolated Power in 2013, and 14th in 2012. He was also 4th in the majors according to Fangraphs base running statistic in 2013 and first (by a wide margin) in 2012. Mike Trout is also an elite defensive outfielder. He has a career 10.2 UZR/150 in the outfielder, and is widely regarded by baseball scouts as the best defender in the game. Mike Trout is the quintessential five tool player. He doesn't just have all five tools, he's one of or THE BEST in all five of the tools. 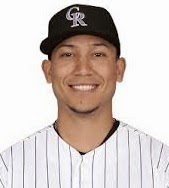 Gonzalez has consistently been one of the best outfielders in the game since playing 89 games for the Rockies in 2009. CarGo has had over 20 stolen bases and over 20 home runs for the past four years, and he would have had more had he been able to stay healthy. Gonzalez also consistently bats around or over .300. Here are his batting average numbers since 2010: .336, .295, .303, and .305. Gonzalez is a pretty good defender as well. He has an excellent arm, and has posted positive defensive stats in all 3 outfield positions. While he most certainly should be a right fielder, he still is a pretty good center fielder.


THE BORDERLINE, YET STILL ON THE LIST OF  FIVE TOOL PLAYERS 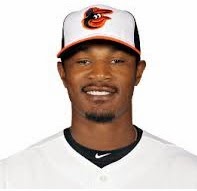 Let's start with the positive of Adam Jones. He's got excellent power and a magnificent arm. He's never hit over .300 in a season, but does consistently hit over .280. In today's non-steroid, pitching dominated baseball, batting .280 is a darn good accomplishment. He's also not the fastest outfielder to say the least, but he does have the ability to swipe double digit bases every year. Jones' biggest problem though is his defense. While he has won two Gold Gloves, he isn't the greatest defender, and some would even say he's a poor defender. However, Peter Gammons wrote a phenomenal piece on Jones' defense that I encourage you to check out, and I think overall he's a plus defender, but just not a Gold Glover. 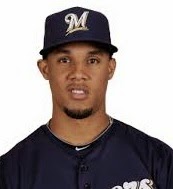 Gomez was an elite prospect at one point, and was the centerpiece of the Twins/Mets trade of Johan Santana. While always being an elite defensive player, his offensive skills never seemed to stick. In 2009, Gomez was traded to the Milwaukee Brewers. But then, something clicked in the summer of 2012. Starting June 19, 2012 (when Gomez starting getting everyday at-bats for the Brew Crew), he was second in the majors in stolen bases and had one of the best HR/AB rates in the major leagues. In a full season in 2013, Gomez had 24 home runs and stole 40 bases while hitting .284. Although it's early in 2014, Gomez is still hitting over .280 while hitting home runs and stealing bases- all while still being one of the best defenders in the game.

DEFENSE TAKES THE PLAYER OUT OF THE FIVE TOOL DISCUSSION 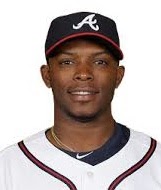 I could make a strong case that Upton's offensive numbers could take him out of the five tool player discussion as well, but let's assume for the moment that Justin Upton does possess the 3 offensive tools. While they may not have come together in full for one season, Upton has shown that he does possess the tools. Even still, he is a below average defensive player. Upton was drafted first overall by the Arizona Diamondbacks in 2005, and was considered a five tool prospect. At the time, he was a high school shortstop, so with his offensive prowess, he of course was a five tool player! Unfortunately, the defensive numbers don't back it up, and he hasn't shown to be a plus defender in the major leagues. Plus, Upton is widely regarded as having a weak arm. 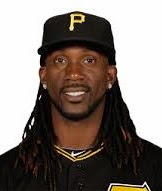 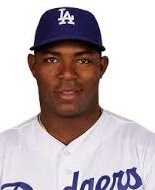 The Bleacher Report did a list of the 10 best outfield arms in the game, and Puig landed at #3. He did that after a year in which he batted .319 with 19 home runs and 11 stolen bases in only 104 games. However, last year he had a negative UZR/150. That being said, a one year negative UZR/150 doesn't necessary mean anything. It takes at least three years to compile any meaningful defensive data. Plus, a lot of what made Puig a below average defender in 2013 was the fact that he made bone-headed mistakes. That can be easily corrected. I expect Puig to be a true five tool player sooner rather than later.

CAN YOU THINK OF ANY OTHER PLAYER THAT COULD BE CONSIDERED A FIVE TOOL PLAYER?