What's the best show on television? 12 months ago the answer to this question was easy. The answer was "Breaking Bad". Despite how annoying people like me talk about how awesome Breaking Bad is, there is not a single person who watched the show and didn't love it. Even if you personally didn't think Breaking Bad was the #1 show around, it was certainly in the running. Breaking Bad is the current reigning champion of the Primetime Emmy for Outstanding Television Drama, and it's probably gonna repeat after the incredible final 8 episodes it aired in the summer of 2013.

However, Breaking Bad is no longer in the running for best show currently on television. It's now 2014 and Breaking Bad will no longer air any more new episodes ever. Shows like Boardwalk Empire, True Detective, Masters of Sex, Homeland, Justified, and House of Cards have already aired full new seasons while Game of Thrones and Mad Men are just starting up their newest seasons. This was probably a great March Madness style bracket idea, but c'est la vie; it's April now. Here are the legitimate contenders for the best show currently on television. But first, those that just missed the cut.

- HOUSE OF CARDS (Netflix): It's currently aired one great season and one pretty bad season. I know I'm in the minority for that latter statement, but the show is still good, but not great. Most critics aren't fans of it and therefore don't review it. Those who do review the show seem to do it out of necessity rather than enjoyment.

- BOARDWALK EMPIRE (HBO): I personally am a huge fan of Boardwalk Empire, but critics seems to be mixed on it. That could be forgiven if the show was HBO's staple show; the show that brings in subscriptions. But it's not (more on that subject later). However, the biggest blow the show took was not earning an Emmy nomination for Outstanding Drama last year. It's two year reign ended when it was replaced by House of Cards. Even when Breaking Bad wasn't winning Emmy's, it was still getting nominated.

- THE WALKING DEAD (AMC): Stop it, just stop it. It may be your personal favorite show, but there's a huge difference between entertaining and good. The Walking Dead is entertaining, but it is not good. The show's had 3 different show runners and zero major, non-technical Emmy nominations. The Walking Dead is not even close to being in the running. I guess it'll just have to settle for being the most watched show in America. Oh, well.

- JUSTIFIED (FX): I only include Justified on this list because it's a personal favorite of mine. Its Season 2 is probably on my Mount Rushmore of single greatest TV seasons and I actually put Justified as my #1 favorite show of 2013, even above the final Breaking Bad season. However, not only has Justified had up and down seasons, but it's never been nominated for Outstanding Drama at the Emmy's, and it's not within the cultural zeitgeist like any other show on this list is.

- HOMELAND (Showtime): While it did win the Emmy for Outstanding Drama in its rookie year helping Claire Danes and Damien Lewis come home with Emmy wins as well, the show has never even come close to being up to par in terms of quality with its next 2 seasons as it was in its first. The show actually earned more Emmy nominations during its sophomore season thanks to one excellent episode and the praise it earned from the year before. But now, people are off the bandwagon and I'm confident that will show come award season this year. One good season, as excellent as it was, is not good enough to make you a legitimate contender.

PROS: Outside of The Walking Dead, Game of Thrones is the most popular show in America. It's the most torrented show out there, and the second episode of this past season broke the record for the most torrented episode of all time. Game of Thrones is HBO's tent pole show, and it's the reason people buy HBO subscriptions. It's been nominated for Outstanding Television Drama at the Emmy's for its first 3 seasons. Even people (like yours truly) who don't like this type of fantasy genre are huge fans of the show. The show is so popular that teachers who have read the books threaten to spoil major deaths if his kids misbehave. It's a cultural phenomenon that can't be stopped.

CONS: As awesome as Game of Thrones is, it never feels as though it's THE BEST show out there. It's very, very good, but it always felt inferior to shows like Breaking Bad and another AMC show soon to be mentioned. The show's creators D.B. Weiss and David Benioff openly criticize the notion of continuity and claim "themes are for eight-grade book reports". The books have been a blessing and a curse to the show. While Benioff and Weiss are able to pull the best stuff from the books to create an amazing show, the show is still limited creatively by the books nonetheless. George R.R. Martin's anthology creates a high floor, but a low ceiling. Hitfix's Alan Sepinwall wrote an excellent book entitled The Revolution Was Televised about the very best TV dramas and The Golden Age of Television. Game of Thrones seems to fall in the class directly below this Golden Age, a Silver Age if you will.

ORANGE IS THE NEW BLACK (Netflix)

PROS: Outside of Breaking Bad, Orange Is The New Black (OITNB) was the single greatest television show of 2013. OITNB was the second best show of last year according to Metacritic and Hitfix's television critics poll. It stands to reason that if the #1 best show is not eligible, then the #2 show becomes the de facto #1. Jenji Kohan's female prison dramedy was excellent. It created a vast world full with a litany of incredible characters. After House of Cards and Arrested Development, OITNB was just a random show Netflix released. However, because of the quality of the show and word of mouth, the popularity of OITNB boomed.

CONS: The show has only aired one season. Like I mentioned for Homeland above, one season, even a season as good as OITNB's rookie season was, does not necessarily make you the best show out there. Take a look at the show's sister House of Cards. That had an excellent rookie year, but a terrible sophomore year. Time will tell if OITNB becomes the next Breaking Bad or the next Homeland. Award season also hasn't been that favorable to it either. Failing to gain much love from the Golden Globes, the show decided to make itself a comedy as opposed to a drama at the Emmys. I expect many nominations for the show, and possibly a win, but again, only time will tell.

PROS: Who says the best show on television has to be a drama and an hour long? There's no reason the best comedy on T.V. can't also be the best show on television. Alan Sepinwall rated Parks and Recreation as the best show of 2011- even ahead of the great Season 4 of Breaking Bad. The show has been so damn good for so long, that I put it as the second best sitcom of all time behind Seinfeld. The show created three dimensional characters that you care about which forces you to feel every emotion possible. There's not a whole lot more you can ask for out of a work of art.

CONS: Yeah, it's still a sitcom, and a poorly rated sitcom at that. The Big Bang Theory and Modern Family consistently blow the show out of the water in terms of both ratings and award nominations (and wins). Amy Poehler got her first award ever for playing Leslie Knope at 2013's Golden Globes, and even that win feels more like a "thank you for being such an incredible host" versus how good her acting is. Parks and Recreation is still consistently the best comedy of this era, but unfortunately that title still probably puts it as the 4th best show on this contenders list. 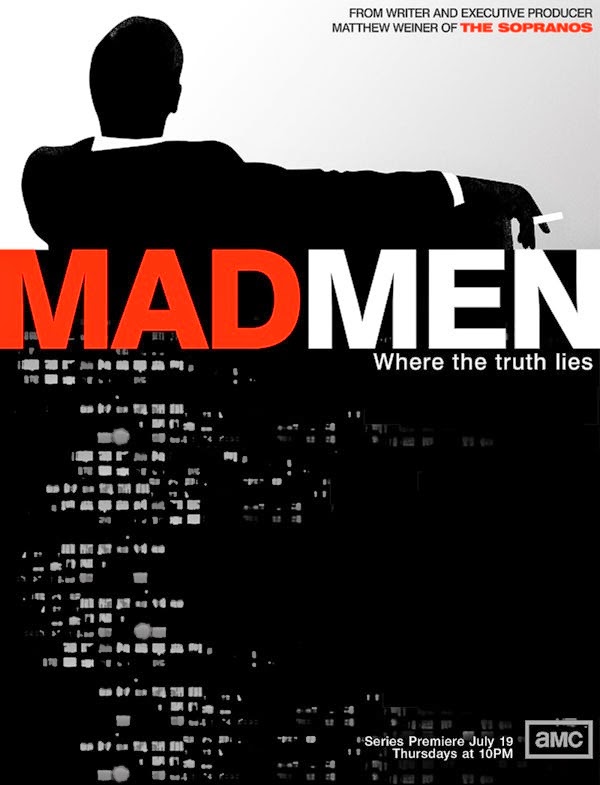 PROS: If this really was a bracket, then Mad Men would have the best #1 overall seed. It would be the equivalent of what Florida had in the actual 2014 March Madness bracket. There are four shows that consistently and unequivocally get labeled as the four best shows of all time: The Wire, The Sopranos, Breaking Bad, and Mad Men. Mad Men (and Breaking Bad) helped lead the tail end of the pack of The Golden Age of Television. It's one of the best written shows of all time, and it's one of only a few shows ever to win the Emmy for Outstanding Television Drama for a record FOUR straight years. It's a creative juggernaut.

CONS: Well, it all depends on how you define this list. In terms of the quality of the series as a whole, Mad Men is easily the best show on this list. But if you're defining this list as which show is currently producing quality episodes in 2014, then Mad Men is last- because holy shit is the show boring as hell now. It's brilliant and each episode is like an incredible classic piece of literature, but it's just not that fun to watch anymore; at the end of the day, this medium still requires entertainment value. The best piece of advice AMC gave Mad Men's creator Matthew Weiner was "Don Draper needs to have a secret". What Weiner did with that note was genius and helped propel to show to its Emmy wins, but in Season 5 and 6, the show took a strong dip in quality as AMC's note became of little to no use anymore. Season 7.1 didn't start off all that strong either.


WHAT DO YOU THINK IS THE BEST SHOW CURRENTLY ON TELEVISION?