The 10 Funniest Comedians From Last Comic Standing Who Didn't Win 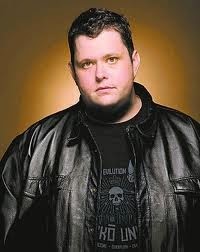 Ralphie May was the runner up in the inaugural season of Last Comic Standing thanks to the no-talent ass clown who barely had enough material to fill a half hour set Dat Phan. Two years after Dat Phan won Last Comic Standing, he actually played his set at my freshman orientation and he used the exact same unfunny jokes at my orientation that he used on the show. I guess that's why Ralphie May claims people keep coming up to him on the street saying he should have won. If it was the choice between May or Dat Phan, yes, my choice would also have gone for Ralphie May, but truthfully, I would have liked to seen another comedian win it all (which you'll see later on this list). Since almost winning Last Comic Standing, Ralphie May has filmed FIVE stand up specials (two of which you can currently stream on Netflix) as well as appearing on Vh1's Celebrity Fit Club.

Myq Kaplan is a (pretentious) gay hipster with a sharp wit and hilarious jokes. OK, so he's not actually gay (if you really want to learn about his sexual perversions and his polygamy I highly recommend you download Kaplan's interview with Pete Holmes on the You Made It Weird podcast now on iTunes) but he uses they way he looks and your stereotype of him to his advantage. Kaplan has an extremely cynical and dark view of the world and he uses to that bring out the worst laughter inside of you. Lastly, unfortunately I can't find an embedable clip, but I urge you all to check out his bit about books based upon movies.

Tig Notaro was actually a former band promoter in L.A. who was just such a funny human being that she tried her hand at stand up and, to everyone's amazement, she was really good at it. I guess that background makes sense on why she didn't advance to the final 10 in Season 4 of Last Comic Standing and why her stand up specials are just alright, but her interviews are just outstanding. You can search YouTube and find funny clips of Tig, but the funniest thing you'll ever hear come out of Tig's mouth was her appearance on Doug Benson's "Doug Loves Movies" podcast with Sarah Silverman. Tig has such a sarcastic point of view on the world (and having breast cancer will do that to you) that you can't help but laugh at her dark humor. 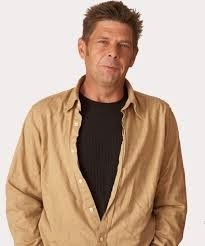 
Dave Mordal is easily the least famous person on this list, in fact, he seems like he dropped off the face of the earth after doing Last Comic Standing, but I can tell you from first hand experience watching him on the first season of LCS that he should have won it all, and that he is insanely funny. Dave Mordal was one of those redneck type of guys who had been doing stand up for such a long time yet never made it anywhere. That guy who was beaten up by the world took out his pain on stage and let everyone else bask in the splendor of his comedy. I just remember watching the NBC show when it first aired and thinking that he was so funny that he should have won it all. But instead, Mordal got knocked out early on by that slimeball they call Dat Phan.

A few years ago I actually saw Arj Barker live in Chicago. He was freaking hilarious, and if you ever get the chance to see him live, I highly recommend it. In fact, outside of Dimitri Martin and Jim Gaffigan, Barker is probably the funniest stand up comedian I've seen live. Even a drunk girl in the audience who thought she was funny and shouted out answers couldn't ruin how funny Arj Barker ultimately was. Unfortunately for Barker, he never made it out of the semi-finals on last Comic Standing and never even made it into the Top 10, but that's just an example of the judges on this show being so terrible. You probably know Barker as the friend in the short lived HBO classic Flight of the Conchords in which, surprise, surprise, he's hilarious in that as well. Below is that joke that Barker had to stop short at during my show because of the drunkie, but he was lucky enough to tell me about it after the show.

Doug Benson was already a decently well-established stand up comedian before doing Last Comic Standing thanks to his appearances on Vh1's "Best Week Ever" and doing the "Marijuana-Logues" on stage, but Benson credits his time on LCS that really propelled his career and gave him a new level of fame. Doug Benson is the quintessential stoner one-line stand up comedian and that style normally works to his advantage considering how sharp and witty he is, but it actually worked to his disadvantage during the audition phase of the show, as he initially didn't even get selected to move on because he "didn't have enough energy" during his first audition. Benson eventually re-auditioned in a different city (this time with over-the-top more energy) and ended up making it to the Top 10. Since his time on the NBC reality show, Benson hosts a litany of podcasts including "Doug Loves Movies" (his best one), "Dining With Doug and Karen" and "Getting Doug With High". Benson also produces and stars in documentaries that are parodies of Morgan Spurlock documentaries including "Super High Me" and "The Greatest Movie Ever Rolled" (both of which are currently streaming on Netflix).

Like Doug Benson, Iglesias was pretty well known before his appearance on Last Comic Standing as his Comedy Central Presents was incredible and his catch phrase "I'm Not Fat, I'm Fluffy" was already starting to catch on, but it was his appearance on Last Comic Standing that propelled him to create three stand up specials and a failed stand up themed television program. Ralphie May has always said in interviews that he wanted to be a stand up comedian who just happened to be fat as opposed to a fat stand up comedian. However, being a fat stand up comedian is what Gabriel Iglesias is, and he seems to be funnier for it. Iglesias doesn't do anything revolutionary, he tells observational humor, but his perspective on the world as seen through his "fluffy" lens and the stories he tells about his everyday life makes him a fantastic stand up comedian.

I think it's crazy now to think that Amy Schumer was ever on Last Comic Standing considering she has a smart and funny television show on Comedy Central (Inside Amy Schumer), has an extremely successful stand up career, and is downright mean and hysterical during her stints on the Comedy Central Roasts, however, it all got started when she finished 4th during the fifth season of the NBC reality show. On stage, Amy plays up the fact that she's pretty to look at while also making fun of the cultural norms placed on females, but I think her bread and butter is her natural personality. I actually don't think I've ever seen a full set on stage by Amy Schumer that I've enjoyed, and I don't think she's all that great of a stand up comedian, but she's just naturally funny and witty, that every interview or podcast she's ever been on has been nothing short of brilliant. Plus, she deserves to be this high on this list solely because of this Aaron Sorkin parody from her show:

Kathleen Madigan was already a pretty established stand up comedian by the time she did Last Comic Standing. She already had two CD's out by the time she went on the show and was already insanely funny, but she got the best exposure of her career by appearing on the NBC reality show. Kathleen Madigan is a mix of Lewis Black and Ron White (two men she cites as her inspiration) and is all sarcasm. She's a political comedienne with sharp and biting wit. Where Kathleen Madigan really transcends comedy is that fact that you don't even recognize she's female by the jokes she tells. Whereas LSC alums like Amy Schumer and Iliza Shlesinger tells jokes about what's its like to be female, Kathleen Madigan just tells funny jokes. Period. If you've never seen or heard Madigan's stand up, stop reading this post right now (or at least wait to read about my #1) and watch her stand up special "Madigan Again" on Netflix.

The judges on Season 7 of Last Comic Standing were Greg Giraldo, Andy Kindler, & Natasha Leggero. While I've heard of them, I'm also a stand up comedy nerd. However, those judges were certainly not households names and were not remotely as famous as past and current guests like Roseanne Barr, Keenan Ivory Wayans, and Drew Carey. The judges of Season 7 were still on the stand up circuit while playing clubs in L.A. Greg Giraldo even admitted as such saying he was a huge fan of eventual Season 7 winner Felipe Esparza before the show began. I think it was because of this that Esparza won, because he certainly was not funny while appearing on the show and he most certainly was not funny enough to win it all. I think if Season 7 had the judges of Season 8, then Tommy Johnagin would have won it all. He was able to make it past the bias and at least finished second.

Anyways, I love Tommy Johnagin, and when creating this list, I kept moving him higher and higher because I'm such a fan of his comedy. He was great on Last Comic Standing, he's great in interviews (although his interview with Pete Holmes on the You Made It Weird podcast, while good, goes off the rails early and often), and I love his hour long specials. He may not be as well respected or as famous as other comedies like Amy Schumer, Doug Benson, or Gabriel Iglesias, but there's no other comedian that appeared on Last Comic Standing that I'd rather listen to than Johnagin. Hailing from rural Illinois, Johnagin embraces his redneck roots. He's mean, he's offensive, and he uses his redneck life experiences to create great humor. If you don't like this bit, then you just don't like humor.

WHAT ARE YOUR FAVORITE STAND UP COMEDIANS THAT HAVE APPEARED ON LAST COMIC STANDING? LET US KNOW ON OUR FACEBOOK PAGE!