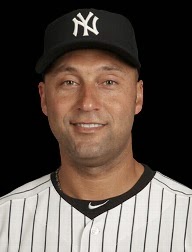 I understand the reasoning behind WHY the fans voted him as the starting short stop, because it's a terrible and dumb reasoning why the fans did what they did. The fact that this is Derek Jeter's last year in the league is not a good enough reasoning to make him an All Star. In his prime, Derek Jeter was one of the best offensive shortstops in the game. Even with the benefit of sabermetrics hindsight, Derek Jeter has a great average, could take a walk, steal a base, and hit a home run when needed. He was an ideal top of the line up type of player. But with that being said, that version of Derek Jeter died a long time ago, and all we are left with in this beaten down shell of his former self. Jeter doesn't need this extra All Star game push to get him into the Hall of Fame, and by voting him in means that he stole a spot from a more deserving player. Among qualified players, Derek Jeter rates 11th out of 12 players in terms of WAR among AL short stops. Erick Aybar of the Angels and Alcides Escobar of the Royals are the top players in terms of WAR among AL shortstops, yet neither men are All Stars. In fact, making Escobar an All Star means that the Kansas City Royals have a lone representative, and we wouldn't need a reliever like Greg Holland be in the game. Speaking of relief pitchers...

In the American League, middle reliever Dellin Betances (NYY) and closers  Sean Doolittle (OAK), Greg Holland (KC), and Glen Perkins (MIN) are All Stars and in the National League, middle relievers Pat Neshek (STL) (pitcured left) and Tony Watson (PIT) and closers Craig Kinbrel (ATL) and Aroldis Chapman (CIN) are All Stars. Who know isn't an All Star? Chris Sale, Dallas Keuchel, Garret Richards, Corey Kluber, and Rick Porcello. Those are the 5 candidates who can vote for for the last AL All Star spot. As Brian Bannister joked on Twitter, those five players would make one helluva a rotation. Sale, Richards, and Kluber are all top 10 in terms of AL WAR this year, and Kluber actually ranks 3rd. Chris Sale is one of the best pitchers in baseball and is going to receiver Cy Young votes by year's end. Yet none of these pitchers are All Stars because of our ridiculous need to praise middle relievers. As joked by Billy Beane in Moneyball, the reason pitchers are relievers is because they aren't good enough to be a starter. ESPN Dave Schoenfield tweeted out last night, "People, quit arguing the case for relief pitchers as All Stars. 26 relievers with 30+ IP have an ERA under 2.50. Not that special". No relief pitchers deserves to be an All Star, and the selections should just consists of starters. Also, who the fuck is Tony Watson? 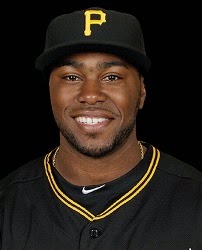 Josh Harrison is a great player in 2014 for the Pittsburgh Pirates. He can play both the infield and the outfield, and he's hitting 298 this year. But he's absolutely not an All Star. He only has 5 HR and 9 SB. Harrison's 1.7 WAR ranks him as the 34th best player in the National League. Here is a list of players with a better WAR than Josh Harrison: Marcell Ozuna, Seth Smith, Ryan Braun, and Justin Upton. All of those players can play the outfield, yet none of them are All Stars. I understand that the NL is devoid of outfielders, but that doesn't mean you should take an outfielder and place him on your roster just because. In fact, the smart thing to do is take guys like Anthony Rizzo or Justin Morneau and have them play DH (the game is played in an American League park, therefore, there's a DH) and that way you don't waste your reserve outfielders like Giancarlo Stanton for your DH spot. 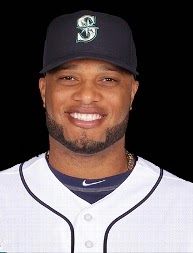 Robinson Cano was voted into the All Star game by the fans, because casual baseball fans are dumb as shit and don't actually follow baseball. There is a lack of "name brand" second basemen in the A.L., but that doesn't mean you should vote him a substandard second basemen just because you know his name. No matter how you look at it, Robinson Cano is not having a good season. Cano only has 6 home runs on the year and is 5th in the AL in WAR among second basemen. Detroit Tigers second baseman Ian Kinsler is having another great season and is by far and away the best 2B in the AL in terms of WAR. Brian Dozier, a man no one outside of fantasy baseball and Minnesota Twins fans has ever heard of his 3rd in WAR and as 16 HR to go along with his 15 stolen bases. Both men absolutely deserve to be All Stars over Cano.

The only reason Tyson Ross is an All Star is because MLB has a rule which states that every team must have at least one representative in the All Star game. This is a dumb rule and a rule no other sport has. The San Diego Padres are a dreadful, dreadful team that do not deserve to have any All Stars. Their hitting is putrid and their pitching is not far behind. But if you NEED to have a San Diego Padre in the All Star game, it is NOT Tyson Ross. Either SP Ian Kennedy or CL Huston Street deserve to be an All Star over Tyson Ross. Ian Kennedy has the 8th best WAR among NL starting pitchers and has a K/9 of 9.55. But if you're not comfortable saying a pitcher with an ERA close to 4 is an All Star, then how about the best closer in the game? Huston Street has an ERA of 1.33, a WHIP of 0.78, and has only blown one save this year. Either way, there's no reason Tyson Ross should be an Al Star in 2014. 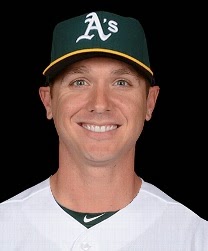 I have no Earthly idea why Scott Kazmir is an All Star. He was not voted in by the fans and it's not the Oakland Athletics needed a representative (even without Sean Doolittle, Josh Donaldson, Derek Norris, and Yoenis Cespedes are are legitimate and deserving All Stars). Scott Kazmir is a great story and is one of the reasons the Oakland A's have the best team in the American League, but he is not an All Star. Scott Kazmir has the 16th best WAR among AL starting pitchers and Chris Sale, Corey Kluber, and Garrett Richards are have a better WAR than Kazmir, yet all 3 are competing with each other to get voted in by the fans. I could have also gone with Mark Buerhle (TOR) here, but Buerhle has had a phenomenal career, and he's getting voted in based upon his season this year as well as from past seasons. Mark Buerhle is a borderline Hall of Fame player. Scott Kazmir is not even close to that. (With all of that being said, I don't think Buerhle truly deserves to be an All Star either).

WHICH PLAYER SELECTED TO THE 2014 ALL STAR GAME DO YOU THINK DOES NOT DESERVE TO BE THERE? LET US KNOW ON OUR FACEBOOK PAGE!

Email ThisBlogThis!Share to TwitterShare to FacebookShare to Pinterest
Labels: 6 Players Who Have No Business Being an All Star, Derek Jeter, Josh Harrison, Mark Buerhle, Robinson Cano, Scott Kazmir, The 46, Tyson Ross, Who Deserves To Be An All Star?
Newer Post Older Post Home