This past Sunday, both the American League and the National League filled out their 23 man roster for the All Star Game to be held at Target Field. Like with any All Star game, The Internet acted in outrage about certain players being left off of the roster. You're not going to please 100% of the people 100% of the time. However, there are certain omissions that are so egregious that the fans vitriol for that player's exclusion is justified. This post is dedicated to those exclusions.

Before I begin, I need to first clarify the definition of a "snub" because this is a term that seems to be thrown out willy-nilly. There are two parts to a "snub". The first part is that a player has performed so well that he deserves to go to the All-Star game, yet he was not selected. This first part is the part that most fans and critics seem to believe in. However, they ignore the second part. The second half to being considered a snub is that said player needs to have performed better and is the more worthy candidate than a player who was actually selected. Chicago Cubs 1B Anthony Rizzo and Rockies 1B Justin Morneau have played exceptionally well this year and have played so well that there would be no argument if they were considered All Stars. However, each league only selects two 1B as All Stars, and this year the NL has selected Arizona Diamondbacks 1B Paul Goldschmidt and Atlanta Braves 1B Freddie Freeman as its two first basemen to be playing in the All Star game. Both Goldschmidt and Freeman played better than Rizzo and Morneau in 2013 as well as in 2014. Goldschmidt and Freeman are without a doubt the two best first basemen in the National League. So while Anthony Rizzo and Justin Morneau are great players, they are not snubs.

Lastly, the All Star game matters. At the end of the day, we use the number of All Star games a player has attended as an argument for his legacy. If this was truly just a game for fun, then All Star snubs would just be excuses for people to argue. However, being selected to an All Star game is important for the players and how we evaluate players, so it's important to get these selections correct.

So with all of that being said, here are the 4 Biggest All Star Snubs This Year: 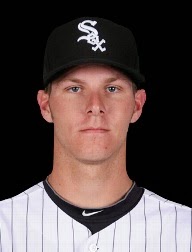 I'm getting the easy selection out of the way. Truthfully, I know that Chris Sale will eventually be selected to the All Star roster and he will eventually be considered a 2014 All Star in one way or another. A starting pitcher will get scratched due to injury or will pitch a full game too close to the Big Game itself that Chris Sale will eventually make the A.L. roster. But the fact that he wasn't selected from the getgo is downright ridiculous. Not only does a starting pitcher with a 2.9 WAR deserve to start over any freaking relief pitcher (especially Sean Doolittle- the Oakland A's would have 4 All Stars without him), but Sale is a better starting pitcher than half of the current roster. You can make a rational argument that Masahiro Tanaka, King Felix, Max Scherzer, and Yu Darvish are better pitchers than Sale (I wouldn't necessarily agree, but I can concede that argument), but there's absolutely no way that Jon Lester, Scott Kazmir, David Price, or Mark Buerhle are better pitchers than Sale. Even if you include the second half of 2013 (which I do) Chris Sale is an obvious All Star. Maybe it's just my personal Twitter feed, but the fact that The Internet is in an outrage over the Chris Sale snub means that Sale is going to be an All Star this year. Eventually.

I think Alexei Ramirez is clearly the best shortstop in the American League, and I'm glad he eventually was chosen to be in the game. However, I have no idea who should be the second shortstop selected. I think you can make excellent cases for Aybar or Escobar or Andrus. But there is one thing that is absolutely clear. DEREK JETER DOES NOT DESERVE TO BE AN ALL STAR THIS YEAR! While technically there is nothing MLB could have done about this considering he was voted to start the game by the fans (except for getting rid of the fan vote all together because baseball fans are just as stupid as those who play the game), the fact remains that Derek Jeter does not deserve to be an All Star. I understand the rationale for voting in Jeter; fans are honoring him for his entire career, but the fact remains that he's played so poorly this year that he doesn't deserve to play in the game. Not only does Derek Jeter not need any boost to his legacy, he's stealing a spot from a more deserving player. Even if Erick Aybar ot Alcides Escobar or Elvis Andrus never even sniff the Hall of Fame like Jeter will, all baseball players have a clause in their contract that they'll receive a bonus if they make an All Star game, and Derek Jeter's inclusion in the game this year means he stole money out of someone else's pocket.

2014 is Nationals utility man Anthony Rendon's break out year. Rendon has 12 home runs and 8 stolen bases while hitting .286. He has the 9th best WAR in the National League and is one of the best players in baseball. He's also a member of the Washington Nationals who have the best record in the NL East and he's a huge reason for that. With Bryce Harper and Ryan Zimmerman spending significant amount of time on the D.L., Danny Espinosa being terrible, and Wilson Ramos contributing nothing (again), Rendon has been a bedrock to the Nationals team this year. Currently, 2B/3B Matt Carpenter from the St. Louis Cardinals and 2B Daniel Murphy from the New York Mets are All Stars yet Anthony Rendon, who has better numbers than either men, is not. I actually think Carpenter vs. Rendon is razor thin, and I don't inherently mind his selection, but there's no excuse for Rendon over Murphy. The only reason Daniel Murphy is an All Star is because of a silly rule MLB has that every team needs to have one All Star (no other sports has this rule) and Daniel Murphy is the Mets lone selection. However, the Mets could have easily sent Bartolo Colon over Pat Neshek or Tony Watson and Rendon over Murphy. This solution would have been more deserving not only for Rendon but also for Colon. As a side not, freaking relief pitchers man! 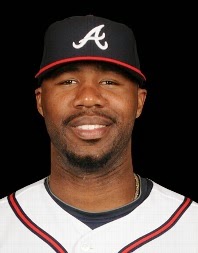 There were 7 outfielders selected by the National League. Out of those 7, 5 of them (Puig, Stanton, McCutchen, Gomez, and Pence) absolutely deserve to be All Stars. The other two are Colorado Rockies' outfielder Charlie Blackmon and Pittsburgh Pirates utility man Josh Harrison, neither of which deserve to be All Stars. Considering no one from the National League is a DH, this would be the perfect opportunity to select Anthony Rizzo and just DH him. However, if you're going to select an outfielder, there are better actual outfielders than either Blackmon or Harrison. If you're going to exclude Josh Harrison (which you should considering his selection is just obnoxious) then you need to have someone replace him. That someone should be Jason Heyward. Heyward has the best defensive WAR in the National League and is the N.L. outfielder with the highest WAR this year who was not selected to the game.

WHO DO YOU BELIEVE IS AN ALL STAR SNUB? WHO DESERVES TO BE AN ALL STAR YET WAS NOT ORIGINALLY SELECTED? LET US KNOW ON OUR FACEBOOK PAGE!