The AL Central might be the worst division in baseball but it's still my division. My team is the Chicago White Sox and for better or worse, this is the division that I follow the most and that I care most about. 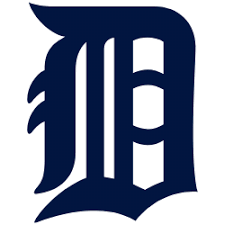 BIGGEST STRENGTH: Top of the line up

This was a horrific bullpen even with Jose Valverde. Unless the Tigers sign a plethora of top notch quality relievers currently in free agency, they might lose a crap ton of games in the 8th and 9th inning.

THEY MAKE IT TO THE PLAYOFFS IF: The AL Central is still as bad as we think it is

VEGAS OVER/UNDER OF 90: Under

This was a team that won less games than three teams in the AL West in 2012. My brain tells me that Hunter and V-Mart are easily worth three wins making the over much more likely, but the AL Central is SO bad and the Tigers aren't *THAT* good to justify me thinking any AL Central team can win 90 games. 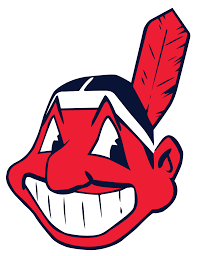 The Indians have been really smart this offseason. They got Nick Swisher to play first base, Mark Reynolds to DH (where he belongs), Drew Stubbs for some pop in the middle of the lineup (or wherever he plays), and Michael Bourne to lead everything off. You add them to Jason Kipnis, Carlos Santana, and Asdrubal Cabrera, and you have one helluva good line up.

This rotation isn't great but I have irrational respect for it and an irrational belief that it will do the job nicely. However rationally, it can be better. MUCH better. There's something about a rotation of Justin Masterson, Ubaldo Jimenez, and Brett Myers that you shouldn't trust: HOWEVER...

THEY MAKE IT TO THE PLAYOFFS IF: I trust the rotation anyways and think they'll be just good enough.

If this rotation can just not be truly atrocious and allow the offense to do what it does, the Indians will be THE surprise team in the American League.

According to ESPN, Stubbs is the 64th best OUTFIELDER behind guys like Brandon Moss, Lorenzo Cain, Dayan Vicideo, and Norichika Aoki. That's ridiculous.

BIGGEST STRENGTH: No more Kenny Williams as the GM.

Last year Chris Sale was just a monster. He had an ERA of 3.05 with 192 strikeouts. However, he also pitched 190 innings. That wouldn't be a problem, except he only pitched 71 innings the year before. That HUGE innings jump alone is just enough to scream injury, but then you have to factor in his "odd" delivery. I just feel his arm is going to straight up fall off. The ChiSox need Sale to be the dominant ace he was last year to even have a chance to compete again, especially with the huge question marks with the rest of the rotation.

THEY MAKE IT TO THE PLAYOFFS IF: Everything breaks right again.

The White Sox had a three game lead in the A.L. Central with 6 games left go at the end of 2012. They were extremely competitive for essentially all of the season but only because EVERYTHING went right. Alejandro De Aza got on-base, Alex Rios looked like an All-Star, Paul Konerko and Adam Dunn were power machines for most of the year, and Jake Peavy looked like the Cy Young winner he once was.

That PLUS the A.L. Central needs to be bad again.

OK, I don't * REALLY * believe in Flowers all that much, but it was the only name I could come up with. I feel everyone outside of Chris Sale and Alex Rios (because I think they both will not perform to expectations) are properly ranked. If A.J. Pierzynski was a top 5 catcher last year, then why can't Flowers also be good? 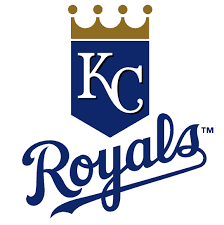 Even though this team doesn't have Joakim Soria or Jonathan Broxton anymore, this bullpen is still pretty great. Too bad they can't leverage these arms into 20 more actual big league players.

Royals GM Dayton Moore traded the best prospect in the game, Wil Myers, for a 33 year old James Shields and scrub pitcher named Wade Davis. While this Royals team needed one or two years more to actually compete, clearly Moore felt he didn't have that kind of job stability. After his offseason moves, he still won't find any stability.

As a White Sox fan, a rotation consisting of James Shields, Wade Davis, Ervin Santana, and Jeremy Gutherie doesn't scare me in the least. That's not good news for a new and (supposedly) improved rotation. I don't see a whole lot of upgrade from this rotation versus one consisting of Bruce Chen and Luke Hochevar.

THEY MAKE IT TO THE PLAYOFFS IF: This world is Inception and we are living inside Dayton Moore's mind

VEGAS OVER/UNDER OF 79: Under 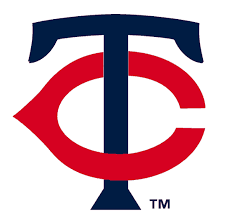 Actually, you know what? You don't hear people calling Gardy "the best in the game" and that his team plays "fundamental baseball" anymore, do you? Amazing when your team competes for the #1 overall draft pick two years in a row how the praise disappears.

POSSIBLE ACHILLES HEEL: The term "Achilles Heel" implies there is a strength to begin with and therefore just a small part that makes the thing fallible. The Twins are just awful. Take a look at their roster and tell me if you've even heard of 3/4 of this team.

I can't stop laughing at the notion that there's even a small percent chance the Twins make it to the playoffs.

I'm sorry, I'm still laughing the possibility of the Twins making the playoffs.


Do you think the AL Central is the worst division in the MLB?