The West isn't as terrible as we once thought. OK, the San Diego Padres are pretty bad, but the reigning World Series Champion San Francisco Giants reside out in the West (their second championship in three years). The Giants now have legitimate competition for the division as the Los Angeles Dodgers are spending money like they just won the lottery and the Arizona Diamondbacks are collecting pieces to help them compete as well. The race for the West should be pretty compelling this year.

You can make the argument that the Giants have the best rotation in all of baseball. The top of the rotation is great and the depth is superb. San Fran has won two World Series on the backs of their pitching staff. Matt Cain is a Cy Young contender every year, Madison Bumgarner looks like he could do the same, and 35 year old Ryan Vogelsong has been top notch for two straight years now. The Giants don't even need Big Time Timmy Jim Tim Lincecum to be the ace he once was if the 2012 playoffs are any indication.

The line up has always been a question mark for the Giants, although it hasn't really bothered them much. Their rotation is good enough to catapult them to the playoffs and the Giants always seem to get key hits out of the most unlikely of players whilst in the playoffs. Journeyman Edgar Renteria was the Giants World Series MVP three years ago and Kung Fu Panda Pablo Sandoval was the MVP last year. I expect the Giants to make another Hunter Pence-esque trade in the middle of the year to make sure this line up is at least "good enough".

THEY MAKE IT TO THE PLAYOFFS IF: The Giants keep doing what they do

A great rotation, above average bullpen and defense, and average hitting should easily be enough to win the NL West for the reigning champs. 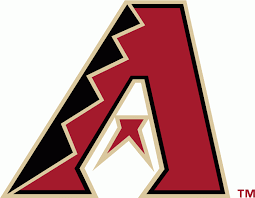 BIGGEST STRENGTH: Being average all around

Their rotation is nothing amazing, but it will not ignored, Dan! Even without Trevor Bauer, this rotation is solid and deep with great pitching depth at AAA. Former Oakland A's pitchers Brandon McCarthy and Trevor Cahill help Ian Kennedy and NL-Rookie-Of-The-Year-Runner-Up Wade Miley with Tyler Skaggs and Daniel Hudson expected to contribute later in the year.

This line up is pretty good as well. New addition Martin Prado and young prospect Adam Eaton should help anchor the middle of the order with another group of solid guys like Paul Goldschmidt, Jason Kubel, Miguel Montero, and Cody Ross.

POSSIBLE ACHILLES HEEL: Being average all around

There is nothing about the D-backs that scare you. While being really good all around can help you be competitive, it does not necessary guarantee you a playoff berth either.

THEY MAKE IT TO THE PLAYOFFS IF: Someone gives a little bit extra

The way this Arizona team is set up, I expect them to compete with the Giants but not to overtake them. Someone needs to take a huge jump forward in order for the Diamondbacks to take huge jump forward as well. Whether Ian Kennedy returns to his competing-for-a-Cy-Young days or Paul Goldschmidt takes another huge step forward to compete for an MVP (or really anyone else on this team), someone needs to put this team on their back. 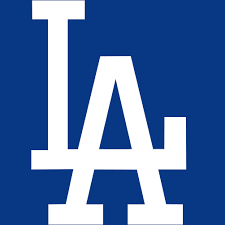 If money can cure AIDS, then it can certainly cure The Dodgers

While the Dodgers went out and spent eighty gazillion dollars between the 2012 trade deadline and now, they spent money more on name players than on production. Their big free agent signing- Zach Grienke- posted a 3.48 ERA last year and a 3.83 ERA two years ago. Grienke's ERA during his stint with the Brewers was 3.67. These numbers don't seem that terrible, expect when you consider this new pitching era we are currently in. 3.50 is the new 4.00.

Dodgers also landed Adrian Gonzalez, Hanley Ramirez, Josh Beckett, and Carl Crawford during their 2012 campaign. While L.A. does have these players for a full season now, none of these players have produced numbers in recent years that were close to what they could have in their prime.

The Dodgers seems like a classic team destined to fail in 2013.

THEY MAKE IT TO THE PLAYOFFS IF: The "names" perform to their expectations

Not only does Grienke, Ramirez, and Crawford need to perform like its 2009, Dodger staples Matt Kemp and Andre Ethier need to do the same.

VEGAS OVER/UNDER OF 90: WAY Under

The price it will cost you to acquire Carl Crawford this year will be next to nothing. If Crawford performs like he has the past two years then whatever, you drop him. However, if Crawford does ANYTHING, then you've already made your money back. I call this theory The Anthony Gonzalez Theory.

BIGGEST STRENGTH: They're not the San Diego Padres

THEY MAKE IT TO THE PLAYOFFS IF: They send Bane to blow up Chase Field and AT&T Park

I joke about the Rockies but their team isn't half bad on paper. Their line up is steady (when healthy) and Jhoulys Chacin might be a legit ace next year. I could easily envision a scenario where the Rockies are competitive if things break their way a la the 2012 White Sox.

Did you know that Colvin batted .290 with 18 home runs last year? Yeah, neither did Colvin's mother. 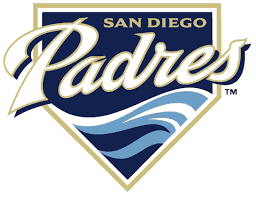 BIGGEST STRENGTH:  They can have a rotation where Clayton Richard and Edison Volquez anchor it because they play their home games in PETCO

THEY MAKE IT TO THE PLAYOFFS IF: Pigs fly

Despite playing in the biggest pitcher friendly park in all of baseball and missing essentially half the season, Quentin hit 16 home runs in 2012 with a .261 average (which isn't as bad as you might think in this era of baseball). Of course Quentin is going to miss time due to using his wrist to constantly stop fastballs from coming at him, but he will be good when healthy.


Do you think the Los Angeles Dodgers will exceed the hype or fall flat? Let us know on our Facebook page!