The Houston Astros now move over to the AL West which now means that every team in baseball now has five teams in it. The AL West sent two teams to the playoffs last year: the division winners and then two time reigning pennant winner Texas Rangers and the lonely Moneyball Oakland Athletics. The Angels also gave everyone a run for their money winning 89 games and barely missing the playoffs. The Angels also grabbed another Texas Ranger in the offseason, outfielder Josh Hamilton, making their line up that much closer to murderer's row. The Angels sent 1B/DH Kendrys Morales to the Seattle Mariners, a team who also picked up OF Jason Bay in the offseason in attempt to improve their atrocious line up. They also moved in the fences to help with that as well. This should be another exciting and tight year in the AL West- at least at the top of the division.

BIGGEST STRENGTH: Their middle of the line up

The middle of the Angels line up is so deadly that Uma Thurman needs two movies to try and kill them. Not only do they have 2012's true MVP winner Mike Trout along with recent free agents Albert Pujols and Josh Hamilton, but their Ace In The Hole is Mark Trumbo. Last year Trumbo had an OPS of .808 with 32 home runs in only 586 plate appearances. With Morales now shipped to Seattle, Trumbo will get more plate appearances and could lead the AL in home runs.

After Dan Haren left and the Atlanta Braves realized they have more starting pitchers than they could shake a stick at, the Braves traded Hanson to the Angels for essentially a pile of peanuts (let's be honest, that's all RP Jordan Walden is worth). The Angels need Tommy Hanson to perform like he did his first two years in the majors and not like his last two. If Tommy Hanson can be the pitcher we all thought he would be when he first came up, then the Angels rotation will have a solid core of Jered Weaver, C.J. Wilson, and Tommy Hanson

THEY MAKE IT TO THE PLAYOFFS IF: The team stays healthy. Hamilton, Weaver, and closer Ryan Madson are all huge health risks and/or already on the DL. If this team can just stay healthy then their talent will take them far.

Trumbo is not really a "sleeper" per se because everyone who owned Trumbo last year knows how amazing he can be. However, ESPN has him ranked as the 16th best 1B which is just ludicrous. I have Trumbo significantly better than that. 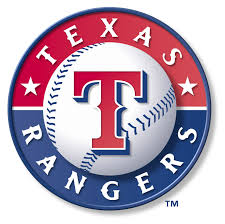 The way Michael Young played last year, his departure is that not big of a deal; however, former MVP Josh Hamilton's loss is huge. The addition of Lance Berkman as their new DH should help fill the gap, but this line up is not the same as it was a few years ago. That being said, it is still really good. The Rangers still have Adrian Belte, Ian Kinsler, Elvis Andrews, and Nelson Cruz. Plus, any platoon of former Chicago catchers A.J. Pierzynski and Geovany Soto will be excellent and more productive than what Mike Napoli did in 2012. I also expect sensational prospect Jurickson Profar to be a great utility-man.

Last year, Yu Darvish struck out an incredible amount of batters. He was second in the league in K/9 and had over 220 strike outs. The problem with Darvish was the walks. Darvish was 7th worst in the league in terms of BB/9 which caused him to have an ERA really close to 4.00. However, Darvish has never shown any sort of walk problem during his stint in Japan and has never shown a control problem that was as horrific as his 2012 campaign was. If Darvish can help Matt Harrison lead a rotation, then the Rangers will win a ton of games.

THEY MAKE IT TO THE PLAYOFFS IF: This rotation can keep the Rangers in games.

While I like the Rangers offense, they are not as potent as they once were. This means the rotation needs to step it up and win some games on their own.

Murphy has a career triple slash line of .285/.348/.453 and gets between 12-15 home runs per year. With no Josh Hamilson, Murphy will get a crap ton more guaranteed at bats. Murphy has no upside, but he is a great guy to have as outfield depth and/or trade bait 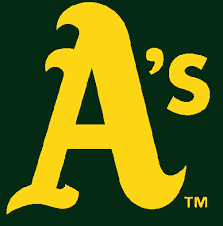 You know how you can win games? Have one of the best General Managers in the game running the ship. The A's are full of nice complementary pieces that seem to mesh well and win games. Nothing about the A's jumps off the page as being excellent, yet they will be strong contenders in the American League.

Billy Beane never pays for flashy names, or really any names, for his bullpen. Beane is famous for taking an average pitcher, making him the closer, have him rack up saves thus inflating his value, and then shipping him to the highest bidder. However, that doesn't mean you can have a bullpen as bad as the A's either. You still need SOME arms to help win close games.

THEY MAKE IT TO THE PLAYOFFS IF: The baseball gods shine down upon this team.

The A's can hit and pitch and field, but they do not do one thing great. But they did not do anything great last year either and they still earned a playoff birth. Sometimes being average to above average everywhere is good enough.

He has to stay healthy one of these years, right?

VEGAS OVER/UNDER OF 83: Under 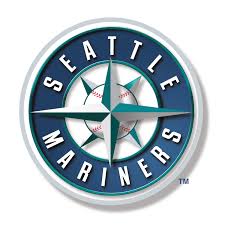 POSSIBLE ACHILLES HEEL: Having a team that can't hit

THEY MAKE IT TO THE PLAYOFFS IF: Every single good and competent player on the Angels, Rangers, and A's contracts a deadly virus. 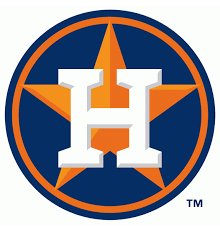 THEY MAKE IT TO THE PLAYOFFS IF: Hell freezes over

I joke that the Astros are going to be bad, but they can lose 102 games and still win this bet for me. I know they only won 55 games last year, but it's still hard for me to bet that a team is going to be historically bad two years in a row.


Do you think the Houston Astros will be the worst team in baseball this year?