If I Had an Emmy Ballot: Limited Series and TV Movies (2016 Edition)


Bryan Cranston’s portrayal of Lyndon B. Johnson in All The Way is the stuff they should teach in acting classes. We knew the 4-time Emmy winner could act thanks to his work on Breaking Bad, but holy cow did he put the exclamation point on his career. It’s cliché, but you truly lose Cranston in the role… The only other actor that comes close to Cranston is Courtney B. Vance- who was the prohibitive favorite when The People vs. O.J. Simpson ended. Vance’s portrayal of famed lawyer Johnnie Cochran was that of legend. He perfectly played Cochran’s boisterous public persona but brought humanity and warmth to the role when we saw him in his private life… Andy Samberg doesn’t have a snowball’s Hell in chance of winning this award for his work in the delightfully silly 7 Days In Hell, but he sure was great in it. Perfectly shot and edited in the style of an ESPN 30 For 30 film, 7 Days in Hell is a goofy parody with Samberg’s bad boy tennis star Aaron Williams leading the charge… It took me a while to get over the fact that Paul Sparks wasn’t the annoying Mickey Doyle from Boardwalk Empire when I was watching The Girlfriend Experience- which is a testament to how good Sparks was as the sleezy David Tellis… Time has already proven how great of an actor Oscar Isaac is, and watching one scene of Show Me A Hero lets you know that Isaac deserves all of the awards… Patrick Wilson was not as flashy of a name as Billy Bob Thornton, or even Martin Freeman, but he’s an excellent actor who brought quiet grace and honor to a young Lou Solverson in the second season of Fargo.

Prosecutor Marcia Clark was always a divisive and disliked figure during the trial of O.J. Simpson, yet Sarah Paulson was able to bring heart and humanity to her portrayal of Clark which helped change our minds on how we felt about her 20 years ago. Paulson was so good, she made Tina Fey switch her Emmy status so Fey could vote for her… Another divisive and talked about public female was Anita Hill during the Clarence Thomas Supreme Court nomination hearings. Hill was played superbly by Kerry Washington in the HBO movie Confirmation. While she didn’t get as much screen time as Paulson, Washington’s work, like Paulson, helped show the ugliness our society can have towards the treatment of women… I love Riley Keough’s work in The Girlfriend Experience. Her character Christine Reade is so cold and calculating that it might turn some people off, but it works for the show. Keough makes Christine interesting for a role on paper that appears bland… Since Spider-Man, Kristen Dunst left the public eye to do Lars Van Trier and Sofia Coppola films, but she made her glorious return as the warm, yet manipulative Peggy Blumquist. She was the real star of the second season of Fargo and worthy of this nomination… Lastly, we have Julianna Hough and Shanice Williams, respective stars of NBC’s and FOX’s live musicals Grease and The Wiz. FOX has been doing live musicals for the past couple of years now, but Grease and The Wiz showed the world how much better and how great they could be. These shows were as good as they were thanks to their stars Hough (who was perfectly cast as the reincarnation of Olivia Newton John as Sandy) and Williams. 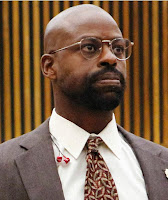 I was too young to watch the O.J. Simpson trial, so I was never able to see Chris Darden is action, but I do know that Sterling K. Brown was freaking amazing in The People vs. O.J. Simpson. Darden as a character was torn between his mentor Johnnie Cochran and his friend Marcia Clark while also doing his best to win a trial, and a PR war, that was getting out of hand. He was so freaking good that he was able to overshadow some great performances like that of Vance’s and Paulson’s… For the longest time, I was convinced that Bokeem Woodbine would deserve to win this award. Now it’s a toss-up between him and Brown. Woodbine was great and I could wax poetic about him all day, but for brevity’s sake, I urge you all to read this Vulture article instead… As mentioned above, Bryan Cranston is a beacon of light in All The Way, but Frank Langella’s portrayal as Sen. Richard Russell damn near matches Cranston step for step. Langella is no stranger to portraying famous politicians and making them his own, and he proved that once again in this HBO film… I would strongly argue that Kit Harrington is a co-lead in the HBO film 7 Days in Hell, but since HBO threw him into this category, I think he deserves praise in this category. The film is stupid in the best possible way, and that’s elevated by Harrington’s daft portrayal of British tennis star Charles Poole. He made everyone around him funnier including the likes of Michael Sheen hitting on him and June Squibb as the Queen literally hitting him… There are so many great acting performances in The People vs. OJ Simpson, but one that I keep coming back to his David Schwimmer’s portrayal of Simpson’s dear friend Robert Kardashian. I know John Travolta will get Schwimmer’s “spot” and that Schwimmer couldn’t stop screaming “Juice”, but I just loved Robert’s arc going from loyal friend to finding out that friend is a monster. David Schwimmer, especially with his sad eyes, was spot on casting… Like FX’s other mini-series, Fargo also has a huge cast with amazing performances like that from Jesse Plemmons and Jeffrey Donovan, but the one that sticks out to me was Nick Offerman. I know he’s not everyone’s favorite, but if we’re going by Emmy’s rules, then Offerman’s submission episode is the best compared to that of his co-stars. His episode “Rhinoceros” (The Assault on Precinct Minnesota) was the best in the series and highlighted the best acting Offerman has ever done. 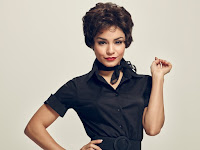 
There is a reason that #SlayHudgens was trending on Twitter the night that Grease: Live aired, and that’s because Vanessa Hudgens fucking slayed her performance as Rizzo. Not only was she great in her own right, but knowing that her father had passed literally the night before the live show aired added an extra layer of gusto to her performance… Connie Britton probably has the least percentage of screen time out of all the actresses nominated in this category, but she sure made the most out of it in her performance of Nicole Brown Simpson’s friend Faye Resnick in The People vs. OJ Simpson. Her Emmy submission episode where Resnick, high on cocaine, writes a tell-all book about Nicole and O.J. and then promotes the hell out of it is a shining example of why Britton is an Emmy darling… Jean Smart has deservingly earned a ton of praise for her work as the crime boss matriarch in Fargo, but my personal favorite female performance in the show is the work of Cristin Milioti. Whether it’s her work on How I Met Your Mother or the short lived A to Z, Milioti brings such warmth and energy to every performance that I’m surprised she’s not a bigger star by now… Like her co-star, Melissa Leo loses herself into the role of Ladybird Johnson in All The Way. The role itself doesn’t have very many juicy parts, but Leo shows why she’s an Oscar-winner in this film… While Catherine Keener doesn’t have an Oscar yet, she proved why she’s a great actress in the HBO mini-series Show Me A Hero. Keener always beings a level of humanity and level-headedness to every role she plays, which is why she was perfect as the sympathetic citizen Mary Dorman.

The Emmy’s separate Outstanding TV Movie from Outstanding Limited Series, and unfortunately I have not seen enough programs / enough that is truly award worthy to write a separate piece like I did above; however, there are a handful of limited series and TV movies that I wrote about or spoke about previously that are worth checking out and that I would love to see get Emmy love.

- 7 Days in Hell
- All The Way
- Fargo
- The Girlfriend Experience
- The People vs. O.J. Simpson: American Crime Story

WHAT ARE YOUR THOUGHTS ON THIS YEAR'S CROP OF LIMITED SERIES AND TV MOVIES? LET US KNOW ON OUR FACEBOOK PAGE!

Email ThisBlogThis!Share to TwitterShare to FacebookShare to Pinterest
Labels: 2016 Emmy Nominations, 2016 Emmys, 7 Days In Hell, All The Way, Fargo, For Your Consideration, If I Had An Emmy Ballot, Limited Series, The Girlfriend Experience, The People vs. OJ Simpson, Trivia Night
Newer Post Older Post Home