Orange Is The New Black Has A Flashback Problem

Flashbacks are essential and integral to Orange Is The New Black. They are part of the make-up and fiber of the show. They’re useful to not only provide three dimensional shading to a character, but they help prop up the show’s themes and point of view. Orange is about showing us the inequalities of race and class within our country, and about how prison is the great equalizer. The prisoners are a purposeful melting pot, and by bringing to light the backstories of multiple individuals, the show is able to bring taste and color and richness into the dish. Outside of the Piper and Vause backstories- which the story has rightfully steered away from as it chugs along- getting to know where different characters and where they came from and how they existed outside of the Litchfield prison walls helped shape them when you saw them inside the walls. Unfortunately, as the cast of Orange gets bigger and bigger, and the need for side detours gets smaller and smaller, the flashbacks have become a distraction. Further, the writing for the flashbacks have become weaker as the show has progressed.

Within the show’s first two seasons, we got flashbacks of prisoners like Watson, the runner who just wanted to fit in, Red, the would be crime boss trying to rise through the ranks, and Morello, the woman who wants to be loved by Christopher. These flashbacks were well fleshed out which in turn gave the audience a deeper understanding of who they were watching. For the most part, these flashbacks were also mini-vignettes with their own arc and storylines that just happened to be spread out over the course of a single episode. Therefore, when the flashbacks ended, they provided their own emotional weight and punch. Unfortunately, that’s just not the case anymore. 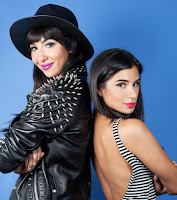 We saw cracks in the flashbacks armor when it came to Flaca’s flashback in Season 3 about how she sold fake drugs to her fellow high school students. The flashbacks itself didn’t help alter your opinion on Flaca in any way, shape, or form, but at least the theme of “perception is reality” were parallel in both the flashback and present day. The kicker that Flaca sold “drugs” to avoid being a seamstress, only to get the coveted job in prison of being a seamstress, was also good. But Flaca’s overall backstory was pretty weak. Now in the show’s fourth season, the show either stopped trying or doesn’t care.

Five episodes into the show’s latest season, and we have a flashback of Maria, Soso, Healy, and Maritza- none of which have added any additional shading or gave us a new perspective on these characters. Healy’s was somewhat interesting as we learned more why he’s such a woman hater, but nothing in his flashbacks told me anything new about him that I didn’t already pick up on during his very brief flashback in Season 3’s “Mother’s Day”. We already knew Healy’s mom was mentally unstable, and his flashbacks did very little to provide any more dimensions to him. Brooke’s flashback was absolutely worthless, as it neither told us anything new about her nor was it a very good parallel to her situation in the present day. Sure it was factually similar, but so what? I also feel like there was another flashback scene where the sex offender found out she lied after he told her the truth about himself that was cut for time. Maritza’s flashback and parallel present day story told us that she’s willing and able to go along with a devious plan, and that she’s secretly funny, but provided no context to who she was as a person and gave us nothing about the human condition. Further, whatever developments happen in the present day as a result of her assistance smuggling out used panties feels like it will be irrelevant to her plan to steal Maserati’s.

The closest flashback in the early parts of the fourth season to being somewhat decent was Maria’s, as we got a sense of where her nationalistic attitudes came from (which is becoming a major theme of this season) and how she met Yadriel, the father of her baby who we’ve been introduced to. Yet still, we’ve seen other ladies, mainly Aleida and Daya, who are in Litchfield for drug related crimes, and, like those previous flashbacks, we get nothing new about these characters via their flashbacks. In fairness, the show has always been extremely weak when it came to the flashbacks of its Hispanic prisoners (the only semi-successful one was Gloria’s) and two out of the four flashbacks this season has been of Hispanic prisoners, but that still doesn’t excuse the poor quality of the flashbacks so far.

At this point in the series, I wonder how important flashbacks are anymore. Now that we’ve gotten an extended look into MCU and upper management, the guards, and the litany of fresh faces now in Litchfield, including Blair Brown’s Judy King who gets her very own subplots, there’s so much story to tell in the present that the need for flashbacks doesn’t seem as necessary. Further, there are few further semi-major characters (outside of the new ones) who haven’t yet gotten their own flashback episode. At this point in the show, characters who have gotten more than three lines yet still don’t have a backstory yet (and won’t get one based upon what I see on Wikipedia) are Yoga Jones, Gina, Anita and Blanca, and I’ll throw Doreen in there as well. Orange has a crazy deep bench, but after four seasons, that bench can only get you so far. I’m sure there are other stories to tell from characters who have already gotten a flashback, but with so much happening in Litchfield right now, I don’t know how necessary it is to tell those stories. If the flashbacks are going to take away too much attention from the present while providing very little about the past, then maybe it’s best that Orange takes a full on break from flashbacks. They’ve already gone full episodes this season without a flashback, maybe it’s time to experiment to go a full season without one.

WHAT ARE YOUR THOUGHTS OF ORANGE IS THE NEW BLACK AND ITS FLASHBACKS? LET US KNOW ON OUR FACEBOOK PAGE!