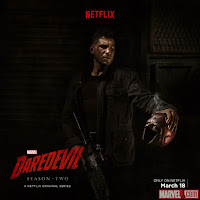 
Pedro Pascal has that charm and that energy that fills up your television screen with joy, and then he’s gone and you anxiously await his return. He was like that as The Viper in Season 4 of Game of Thrones and he’s like that as DEA agent Javier Pena in the Netflix guilty pleasure hit Narcos… Kevin Carroll’s John Murphy’s presence at the very beginning of Season 2 of The Leftovers was initially jarring, but Carroll’s performance sucked you in to this brave new world which made The Leftovers one of the very best shows of 2015… I can understand why Jonathan Banks gets all of the Emmy love for Better Call Saul, but like last year, I throw my hat in the ring for Michael McKean. McKean’s Chuck’s holier-than-thou smugness contrasted with Bob Odenkirk’s lovable rule-bender Jimmy is the key to what makes Better Call Saul work as well as it does without feeling like a true Breaking Bad prequel like the world Banks’ Mike Erhmantrout inhabits… Jon Bernthal’s performance as The Punisher in Season 2 of Netflix’s Daredevil definitely does not scream prestige, award-worthy television, but Berenthal and his incredible screen presence are so good that I found it difficult to leave him off of my list… There are so many great performances, mainly by females, in Netflix’s Orange Is The New Black, but Nick Sandow as Joe “Beercan” Caputo struggling to keep the prison afloat and then dealing with his Corporate Overlords was excellent in this past season… Even though you saw the twist coming regarding Christian Slater’s Mr. Robot, it didn’t diminish that wonderful feeling you got knowing that Slater is back and in a project worthy of his talents.

Every year I could make this category a list of solely actresses from Orange Is The New Black, but I ultimately went with two. Uzo Aduba is the perennial and fan favorite, and her work as Suzanne deals with the aftermath of Vee’s departure is excellent. Taryn Manning earned the other “spot” for me for how well the show and Manning dealt with rape and Pennsatucky’s life-long issue with getting raped. The revenge aftermath wasn’t the greatest, but everything before that was how a show should deal with rape- if they’re going to deal with it at all… Rhea Seehorn was arguably a co-lead in Season 2 of Better Call Saul, but the way the show and Seehorn herself dealt with Kim Wexler’s prominence on the show was a revelation… Like her co-star mentioned above, Regina King’s presence on the last season of The Leftovers was initially jarring, but ultimately satisfying as King and Carroll heading up the Murphy family elevated the entire world on The Leftovers… I talked about twists with Mr. Robot above, and the better twist was the reveal of Carly Chaikin’s Darlene. Chaikin took a cliché manic-pixie-dream-girl character and turned her into one that the audience emotionally connected with… Anytime Dany burns shit down, kicks ass, and takes names on Game of Thrones, Emilia Clarke deserves another Emmy nomination. 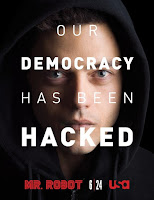 This category is far and away the weakest category out of the major Emmy nominees. I recently wrote why. The only four actors I truly care about are Malek, Maura, Odenbkirk, and Theroux, so those are the only four I am going to discuss… Bob Odenkirk always did excellent work as Jimmy McGill / Saul Goodman on Breaking Bad, but you could never say that he truly deserved an Emmy nomination based upon the deep bench the show had and the lack of emotional weight they gave Odenkirk’s character. Now that his character is the lead of his own tale, we can finally say he deserved Emmy love… Wagner Maura as Pablo Escobar was a sight for sore eyes. He’s one of my picks of 6 Actors That Deserve An Emmy Nomination (But Probably Won’t Get One)… So is Justin Theroux… Everything about Mr. Robot is great, but nothing works without the brilliant casting of Rami Malek. After showing up in bit roles in projects like Short Term 12 and the Night at the Museum franchise, Malek gets a chance to shine as the mentally unstable, unreliable narrator and undeniable star of Mr. Robot.

The Emmys poo poo and look down upon superhero shows, which is a shame because they’ll miss out on the incredible performance Krysten Ritter gave in Jessica Jones… While other people think Orange Is The New Blackhas a Piper Chapman problem, I disagree. While I hate the character for what she did to Ruby Rose’s Stella at the very end of Season 3, I love the performance that Taylor Schilling is giving that causes such vitriol… House of Cards was never all that great to begin with, but now it’s unwatchable. Still, it’s hard to deny how good Robin Wright is in it… Speaking of shows that went downhill, we have the final season of The Good Wife. Again, like Wright, it’s hard to deny how good Julianna Marguiles has been in the role… I was surprised to learn that Carrie Coon was submitted as a lead since she so clearly is not, but her performance in The Leftovers is so good that I’ll nominate her for whatever category she wants to be in… I never thought the Lifetime Channel would make me interested in one of their shows, yet here we are giving praise to UnREAL. It’s star, Shiri Appleby, was incredible as a master manipulator of contestants on a Bachelor-esque while dealing with her own mental issues.

Looking back on it, The Leftovers was probably the best show on television in 2015. I was so unnerved by the sudden entrance into the new location of Jarden “Miracle” Texas that I was initially put off by it, but now that I have some time and perspective, what creator Damon Lindleoff was able to do in this world of grief where 2% of the population disappears and not be hampered by the book the show is based upon, was just a thing of beauty… However, I still stand by my pick of Orange Is The New Black as my favorite show of 2015. After two seasons of world building, Jenji Kohan was able to let her characters just exist, breathe, and explore the things Kohan wanted to explore such as motherhood, freedom, and the prison industrial complex… Narcos was one of my personal favorite shows of 2015. It was so much fun living in a Scorsese-esque world of cops and robbers while really getting an understanding of the major characters, including Pablo Escobar… I had a lot of problems with Jessica Jones, mainly it had too many episodes in the season which caused the show to drag towards the end, but the fact that it was a crime noir character study dealing with rape and PTSD that had a Marvel, superhero package on it made its best parts worthy of a nomination… Game of Thrones, the reigning champion of this category, is proving once again why it could repeat in 2016. Like Orange, it spent years and years world building to get itself into a place where it can shit great episode after great episode… Creator Sam Esmail originally was creating a movie. It ended up becoming too long so he turned it into a TV show. That show became Mr. Robot, and its excellent rookie season was the first act of Esmail’s movie. If what we saw this past season was just a taste and the opening act, then I can’t wait to see what else is in store for us.

WHAT DO YOU THINK WERE THE BEST TV DRAMAS OF THE PAST 12 MONTHS? LET US KNOW ON OUR FACEBOOK PAGE!

Email ThisBlogThis!Share to TwitterShare to FacebookShare to Pinterest
Labels: 2016 Emmy Nominations, 2016 Emmys, For Your Consideration, Game of Thrones, If I Had An Emmy Ballot, Mr. Robot, Narcos, Orange Is The New Black, The Leftovers, Trivia Night, TV Dramas
Newer Post Older Post Home